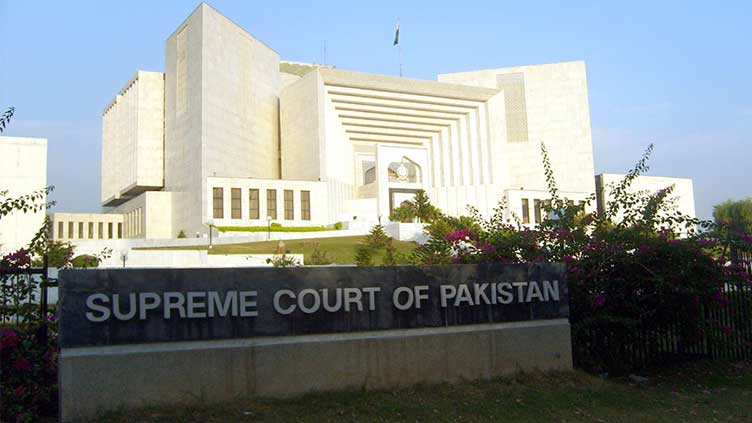 The court ordered the Punjab Governor Balighur Rehman to administer the oat to Elahi at 11:30pm. The SC also nullified all appointments made by ‘trustee CM’ Hamza Shahbaz.

In case the Punjab governor does not administer the oath to Elahi, President Dr Arif Alvi can do so instead, the court ruled.

The top court, in its short order, also declared all the appointments made by Hamza “illegal” and told the members of his cabinet to vacate their offices.

All of the advisers and assistants appointed by Hamza were also ordered to be relieved of their duties.

During the election, Mazari had decided against counting the votes of 10 PML-Q lawmakers, which were cast in Elahi’s favour, citing a letter written by party President Chaudhry Shujaat Hussain in which he had instructed them to vote for Hamza instead.

The proceedings went on for three days — Saturday, Monday, and Tuesday — as lawyers from all the parties presented their arguments.

As the SC decided not to form a full bench, the ruling coalition and the Pakistan Democratic Movement (PDM) decided to boycott the apex court s hearing.

Earlier today, the counsel for Punjab Assembly Deputy Speaker Dost Mohammad Mazari, Irfan Qadir, informed the Supreme Court that his client had instructed him not to participate further in the case proceedings and he would instead file a petition for review of the court’s decision not to constitute a full bench.

JP Bandial said that the constitution’s Article 63 (A) clearly states that the parliamentary party gives directions to the lawmakers — and the formation of a full court was nothing more than "delaying the case".

"The formation of a full court and then hearing of the case could have been delayed till September as judges are on leaves."

During the course of the proceedings, Deputy Speaker Mazari’s counsel, Irfan Qadir, told the bench that his client has directed him to not be a part of the proceedings.
Qadir told the SC that he would challenge the apex court’s decision on the formation of the full court to hear the PML-Q petition.

Following Qadir, PPP lawyer Farooq H Naek came to the rostrum and informed the CJP that he would not be part of the proceedings.
At this, the CJP told him that he "is not a party in the case".

The CJP said that "no legal" grounds were presented before the court; arguments were presented only regarding the party head’s directions; the court arrived at the conclusion that in the current case, there was no need for the full bench.

Meanwhile, the top court sought assistance on the matter relating to directions by the party head or the parliamentary party to the lawmakers.

“Assist the court over the legal questions or we will set ourselves aside from the bench,” CJP Bandial told Barrister Ali Zafar, the counsel of Elahi.

“People sitting on my right side have unanimously decided to boycott the proceedings of the court,” he said, adding that thankfully, they have enough grace to sit in the court to hear the proceedings.

In his arguments, Zafar said that the petitions against the 21st Amendment were dismissed by a ratio of 13/4 in the full court.

However, many judges wrote different reasons for dismissing the petitions, he added.

Zafar told the court that the Constitution mentions that the parliamentary party will give directions to the lawmakers about voting.

At this, the CJP questioned whether the party head and the parliamentary party were two separate entities.

“Yes they are,” Zafar responded.

Justice Ahsan then said, according to the Constitution, the party head ensures the implementation of the decisions taken by the parliamentary party.

During the hearing today, the chief justice remarked that the bench had not been provided with even one legal argument in favour of constituting a full bench during yesterday’s hearing. “You asked for time which is why the hearing was adjourned,” he told Naek.

“Remain in the court and watch the proceedings. The legal question has not been answered yet,” he added.

“A full-court bench cannot be formed for this question.”

The chief justice said lawyers for all sides had been given time to present their arguments. The Supreme Court had dismissed the caretaker cabinet in 1988, the CJP continued, adding that the chief executive was the head of the cabinet.

“We want to wrap up the matter of Punjab chief minister as soon as possible. We could not be convinced to [constitute] a full bench.”

He iterated that a full bench could not be formed till the second week of September and said the court would now hear arguments on the case’s merit. “There is a crisis in the province because of this case. Further delaying tactics will not be tolerated,” he cautioned.