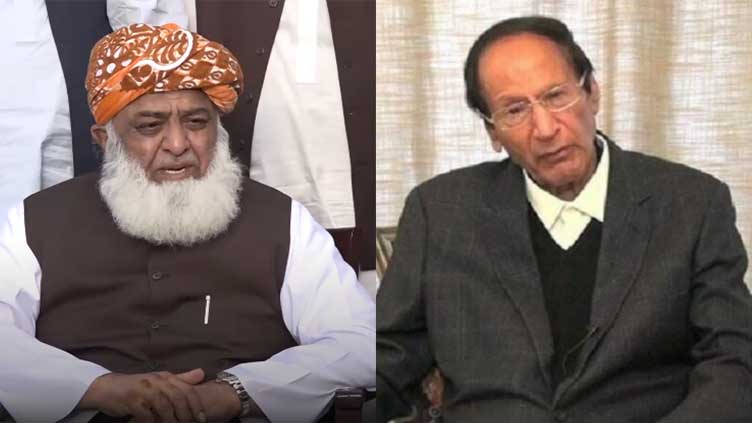 In their telephonic contact, the two leaders thoroughly discussed the political situation in the country.

It is pertinent to mention here that the political chaos has deepen in Punjab due to the constitutional clash between the opponent parties amid the Punjab Chief Minister election.

The dispute started over Shujaat Hussain’s letter that declared the PML-Q votes in favor of Pakistan Muslim League-Nawaz (PML-N) Hamza Shahbaz. While it served as a setback for Hamza’s opponent, who is none other than the PML-Q leader Pervaiz Elahi himself.

Where Shujaat Hussain’s letter harmed PML-Q internally, it also raised serious questions regarding Supreme Court’s verdict over the interpretation of Article 63 (A).

Meanwhile, a three-member bench of the SC headed by Chief Justice of Pakistan (CJP) Umar Ata Bandial will hear the petition filed by Pervaiz Elahi against Deputy Speaker Dost Muhammad Mazari’s ruling over the election of Punjab CM on Monday.

Furthermore, Chaudhary Shujaat was not summoned by the Supreme Court and he will not appear. Chaudhry Shujaat and Salik Hussain are said to be residing in Islamabad.

Dengue continues to spread in different cities of country

Shahbaz Sharif was sitting like a schoolboy in front of Russian President: Imran Khan

Ishaq Dar likely to return to Pakistan along with PM Shehbaz