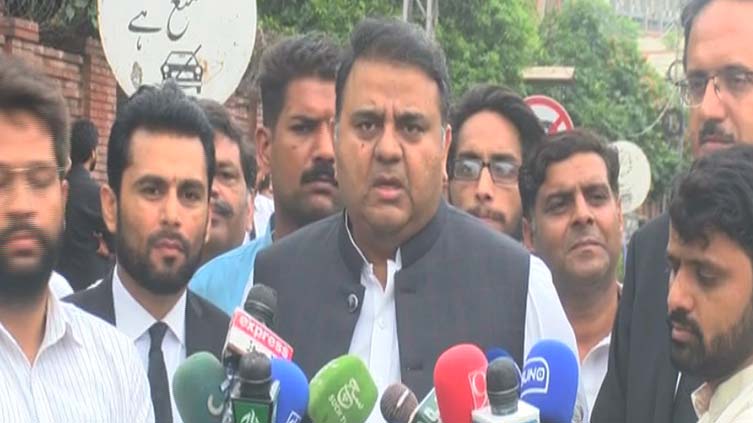 Fawad said that the people will not let anyone violate the constitution.

Talking to media, Fawad said, "The PML-N is saying to form a full bench. This authority belongs to the Chief Justice, but there is no need to interpret any legal point in this case."

Former federal minister said that 22 crore Pakistanis are waiting for their rights. He said that the people will not let anyone violate the constitution. He said that people have risen to restore democracy in the country.

He said the current government by force deprived the majority vote holders of the provincial government and also in centre.

He also attacked the Deputy Speaker Punjab Assembly Sardar Dost Mohammad Mazari that he ran away.

Earlier in a tweet on Sunday, Fawad said that Punjab cabinet formation has renewed the memory of Pakistan Muslim League-Nawaz (PML-N) attack on the Supreme Court of Pakistan.

He wrote that at that time retired judge Rafiq Tarar divided the Supreme Court by distributing the briefcases and today the same family is being used again against this institution.

Fawad Chaudhry further wrote in his tweet that the attack on the Supreme Court by the PML-N should be severely crushed.