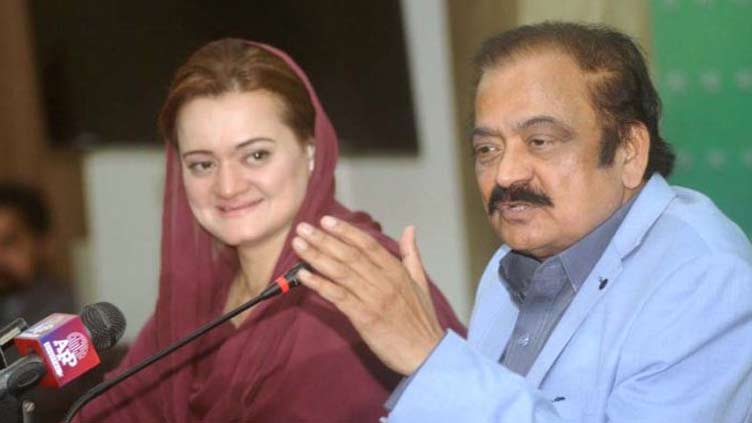 Addressing a press conference at Model Town along with Federal Minister for Information and Broadcasting Marriyum Aurangzeb and PML-N Leader Talal Chaudhry, he said that he will ensure the rule of law at all cost.

Sanaullah said that PML-Q Chief Chaudhry Shujaat Hussain, being an experienced and patriotic politician, deserved full appreciation as all the PML-N and its allied parties appreciated his decision to get Hamza Shehbaz Sharif elected as Chief Minister.

“The success of the PML-N in Punjab Assembly was made possible due to aspirations of people,” he said, adding that PML-N defeated those elements who were trying to create unrest in the country. "Now all such attempts have been foiled".

The minister said the PML-N had accepted gracefully its defeat in the by-poll held on July 17 and also identified the weaknesses in candidates  selection.

On the other hand, Pakistan Tehreek-e-Insaf (PTI) Chairman Imran Khan, even after winning the by-polls, criticized the Election Commission of Pakistan and others, and accused them of rigging. He stressed that politics of hatred should be weeded from the country.