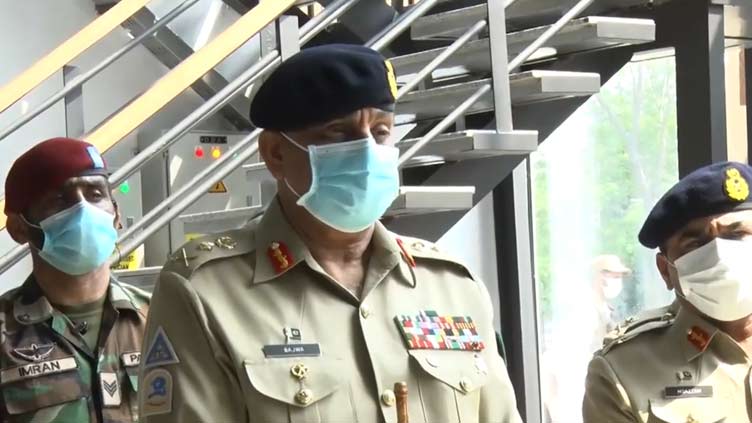 According to a statement issued by the Inter-Services Public Relations (ISPR), the institute, an initiative of Frontier Works Organization, is aimed at promoting professional tunneling expertise including research and development and synergize tunneling resources.

It is only sixth such facility in the world which has been completed and operationalized within planned time frame of 10 months by the FWO.

It will provide a platform to encompass tunneling education through both tunneling academia and industry experts.

Later, the Army Chief visited National Emergency Operation Centre where he was apprised of the latest polio campaigns conducted in the country and challenges being faced.

The Army Chief directed to provide additional manpower and resources in sensitive locations to ensure a safe and secure environment for polio teams for proper reach and effectiveness of polio campaigns to achieve the objectives of a-polio free Pakistan.

Earlier, on his arrival at the Institute, the Army Chief was received by Engineer in Chief Lieutenant General Moazzam Ejaz and Director General Frontier Works Organization Major General Kamal Azfar.