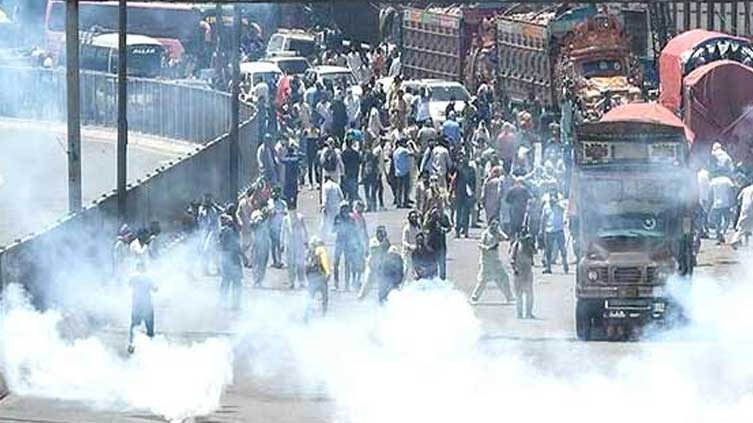 Court directed that the accused should appear before the police and join the investigation.

LAHORE (Dunya News) - An Anti-Terrorism Court (ATC) in Lahore extended the interim bails of PTI leaders till July 26 in cases related to vandalism and damage to government property during the Long March towards Islamabad.

ATC judge Abhar Gull heard the case. While giving his arguments, PTI lawyer Burhan Moazzam said that the police is not investigating the accused properly. "When the accused go to be interrogated, the interrogator is not there," he said.

During the hearing, the court directed that the accused should appear before the police today (Tuesday) and join the investigation.

Punjab police lodged FIRs amid the long march on May 25th when PTI leaders along with workers wanted to leave the Punjab premises to reach Islamabad for what they called "Haqiqi Azadi" march.

The clashes between workers and police led to the use of tear shells in large amounts and police alleged that PTI leaders incited violence and damaged public property amid their march.