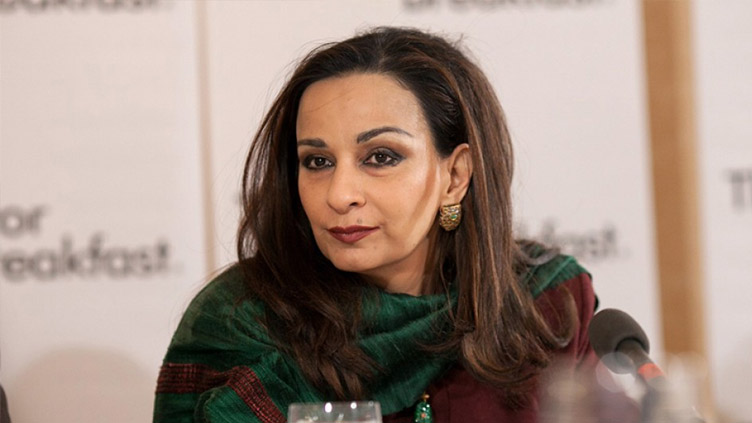 Sherry Rehman said that verdict of the apex proved to be the last nail in coffin of regime change conspiracy narrative.

The PPP leader also accused President of protecting interests of Pakistan Tehreek-e-Insaf (PTI) instead of constitution of the country.

Earlier, Prime Minister Shehbaz Sharif said that Supreme Court’s detailed judgement on Vote of No Confidence exposes the lies and propaganda indulged in by Imran Khan.

Prime Minister in a tweet, said that it is utterly shameful how Imran Khan tried to undermine the constitution and manufactured the lie of "regime change".

The premier also urged everyone to read the verdict of the apex court.

Meanwhile federal ministers said that Supreme Court verdict on Deputy Speaker’s ruling about no-confidence motion has buried the narrative of foreign conspiracy to oust the government of Pakistan Tehreek-e-Insaf (PTI).

Law Minister Azam Nazir Tarar, while addressing a press conference along with Qamar Zaman Kaira, said that Supreme Court has declared dissolution of National Assembly by president as unconstitutional and Deputy Speaker of National Assembly gave the ruling with malafide intent. The verdict has exposed true face of PTI Chairman Imran Khan, he added.

The minister further said that Imran Khan put entire country on stake just to save his rule.

It merits mention, the Supreme Court on Wednesday issued detailed judgement in suo moto notice case on ruling by the Deputy Speaker of the National Assembly under Article 5 of the Constitution qua voting on No-confidence Motion against the Prime Minister of Pakistan.