PIA inducts another A-320 aircraft into its fleet 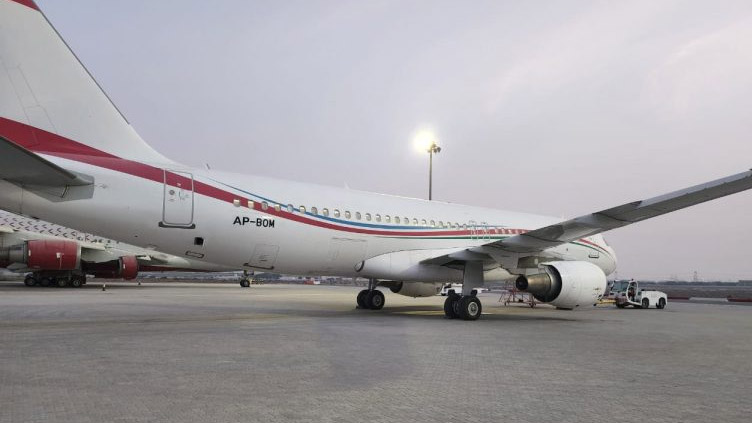 PIA inducts another A-320 aircraft into its fleet

ISLAMABAD (APP) - Pakistan International Airlines (PIA) has inducted another Airbus-320, a narrow-body aircraft acquired on a six-year dry lease, into its fleet that would help improve the national flag carrier’s flight operations on domestic and international routes.

“Induction of new aircraft in PIA’s air fleet continues as the second Airbus-320 of the current year has arrived in Pakistan from Sharjah. This aircraft will be operated within the country, on regional and Gulf routes,” PIA spokesman Abdullah Hafeez Khan informed media here on Thursday.

He said the aircraft had been on a lease of six years, adding that the PIA could get its ownership after the lease expired with mutual understanding of the parties concerned.
The first A-320 [of the current year] arrived in April and now is busy rendering operational services.

The spokesman explained that the PIA had floated a tender last year for procurement of the aircraft, out of which two reached Pakistan and two more would arrive in the coming few days.

He said with this induction, the number of A-320 planes in the PIA fleet would reach 14 that were equipped with the latest seats and comfortable cabins, ensuring improved travel facilities.