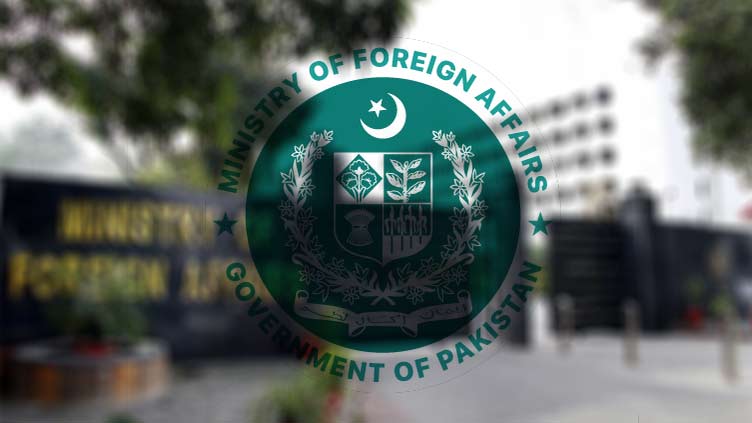 ISLAMABAD (Dunya News) – Pakistan Thursday called upon the international community, particularly the United Nations and human rights organizations, to investigate the persistent extra-judicial killings of Kashmiris by Indian occupation forces and bring the perpetrators of these heinous crimes to justice.

Addressing the weekly press conference here, the Foreign Office Spokesperson said Pakistan will continue to support the Kashmiri people in their just struggle against Indian occupation till the realization of their inalienable right to self-determination as promised to them by the relevant UN Security Council Resolutions.

“It is no surprise that during the week a dozen Kashmiri youth were arrested in continuing cordon and search operations. India must realize that despite applying all tools of oppression and using state terrorism as a policy, it has failed to subjugate the will of the Kashmiri people,” he added.

He said on July 1, the Indian Charge d’ Affaires in Islamabad was called to the Ministry of Foreign Affairs and a strong demarche was made on the Indian government’s blocking of access to content of 80 accounts on Twitter including withholding accounts of Pakistan’s diplomatic missions in Iran, Turkey, Egypt,
UN-New York and the national broadcaster Radio Pakistan, by activating geo-blocking and deplorable internet censorship laws.

He said India was conveyed that these Indian actions were against international standards, obligations, norms, and framework of flow of information and reflected the alarming pace of shrinking space for pluralistic voices and curbing of fundamental freedoms including expression and speech in India.

“It is ironic that the world’s so-called largest democracy is exercising censorship, central controls and legalization of majoritarian politics at the expense of democratic ideals like freedom, choice and access to information.”

“We call upon the Indian government to stall this slide towards totalitarianism and act responsibly in the comity of nations. We also call upon the people of India to demand accountability of the blatant majoritarianism exercised by their government as an instrument of state policy.”

He said the international community must prevail upon India to reverse its actions that curb free speech and fly in the face of sacred principles enshrined in the UN Charter for the good of humanity.

Moreover, social media platforms needed to demonstrate their commitment to safeguarding fundamental freedoms of speech and expression and abide by international norms and standards that ensure continuing integrity of the digital communication interface, the spokesperson commented.

He said, “Twitter is also urged to reverse the withholding of our four official, verified digital assets that are not in contravention of any local or international laws.”