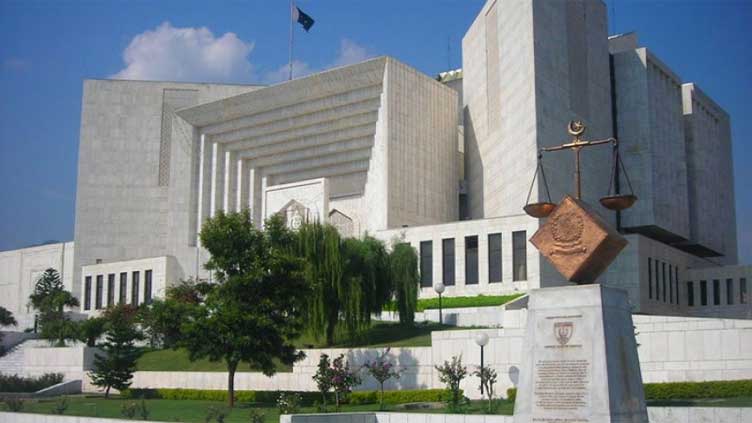 ISLAMABAD (Dunya News) – The Supreme Court of Pakistan’s Justice Jamal Khan Mandokhail while issuing dissenting note on a presidential reference seeking interpretation of Article 63-A of the Constitution which is related to the status of defecting lawmakers remarked that not counting the votes of the defecting lawmakers who defected against the party policy would be against the freedom of expression.

In his 15-page dissenting note, Justice Jamal Khan Mandokhail remarked that there is a complete procedure for defection in Article 63-A, there is no need for further interpretation of Article 63-A and the judges should interpret the constitution within their jurisdiction. The reference sent by the President is political, he added.

In his dissenting note, he added that judges should not interfere in political affairs while references are sent back without giving opinions, and not counting the votes of defecting members would be against freedom of expression.

It may be recalled that on May 17, the Supreme Court had given its opinion on the presidential reference regarding the interpretation of Article 63-A.

The verdict by the larger bench of the apex court was a 3-2 split decision, with a majority of the judges not allowing lawmakers to vote against the party line in four instances outlined under Article 63-A.

Chief Justice of Pakistan (CJP) Umar Ata Bandial, Justice Ijazul Ahsan, and Justice Munib Akhtar gave the majority verdict while Justice Mazhar Alam Khan Miankhel and Justice Jamal Khan Mandokhail were the dissenting judges, who said that giving an opinion on the presidential reference was akin to "rewriting the Constitution".