Is it harassment if Imran questioned over corruption, asks Rana Sanaullah 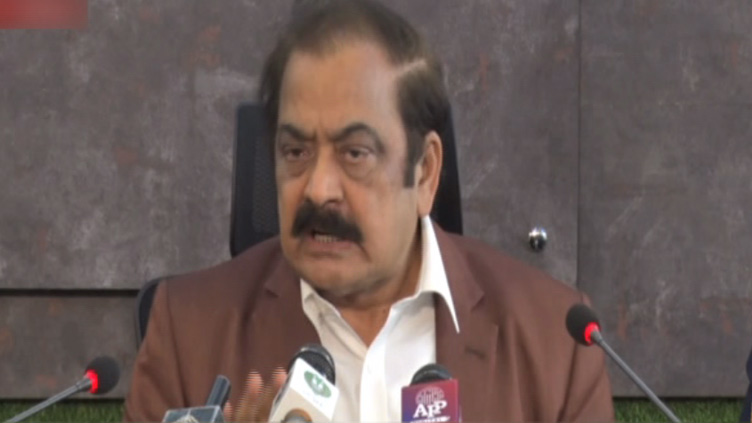 Is it harassment if Imran questioned over corruption, asks Rana Sanaullah

Hang me if guilty in drug case: Rana Sanaullah

ISLAMABAD (Dunya News) – Interior Minister Rana Sanaullah on Wednesday asked that is it harassment if former prime minister Imran Khan is questioned about his corruption.

Rana Sanaullah, while addressing a press conference, inquired that whether holding PTI Chairman Imran Khan accountable for his looting means that he is being cornered.

Interior Minister asked Imran Khan that whether he wants to come in power or just wants an NRO for himself.

Talking about drug case against him that was registered against him during government of PTI, Rana Sanaullah said that he should be awarded death penalty if he is found guilty in the case.

Earlier, addressing a press conference, Minister for Information and Broadcasting Marriyum Aurangzeb said the law will take its course in corruption carried out by former Prime Minister Imran Khan in his four-year tenure.

She said the process of investigation has been started as per the law into the corruption done through Farah Gogi and Bushra Bibi. She said since the taxpayers money was plundered, the former Prime Minister will have to respond.

The Information Minister said Imran Khan during his tenure victimized his political opponents through fake cases and allegations but failed to furnish any evidence before the courts.