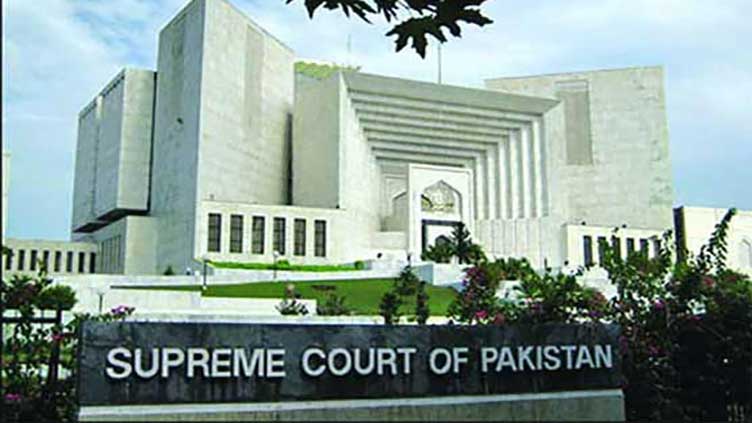 ISLAMABAD (Dunya News) - The Supreme Court of Pakistan (SC) on Saturday issued a written order pertaining to PTI’s plea against the decision of the Lahore High Court (LHC) regarding the election of the Chief Minister of Punjab.

According to the decision of SC, the re-election of the Punjab Chief Minister will be held on July 22 at 4 pm in the Provincial Assembly, which will be presided over by Deputy Speaker Dost Muhammad Mazari.

It was further stated that the Deputy Speaker Punjab Assembly will issue a notification for the election of the Punjab CM after fulfilling all the legal requirements.

The SC also directed the Election Commission to issue a notification on reserved seats within a week as per the decision of the High Court.

Earlier, a three-member bench of the Supreme Court headed by Chief Justice Umar Ata Bandial conducted hearing of PTI plea requesting SC to set aside LHC verdict by declaring it illegal and unconstitutional. PTI had also prayed that court suspend the process of recounting till a decision on this plea.

“All parties have agreed to hold the election of the chief minister on July 22,” Chief Justice Umar Ata Bandial remarked while concluding the hearing on the case. The apex court said that detailed verdict of the case will be issued by tonight.

Pakistan Tehreek-e-Insaf (PTI) lawyer Imtiaz Siddiqui said that the Punjab government was ready for re-election of the province’s chief executive three to four days after the by-elections, whereas, Advocate General Punjab and Hamza Shahbaz have been consulted in this regard and Hamza Shahbaz remained the Chief Minister until July 17.

Chief Justice of Pakistan (CJP) Justice Umar Ata Bandial while expressing happiness after both opposition groups reached consensus remarked that by the grace of almighty Allah, the political parties have agreed to some extent and this is a success for both sides.

Meanwhile, PTI lawyer Babar Awan while informing the court said that former prime minister and party chairman Imran Khan has been contacted and he has accepted Hamza Shahbaz Sharif as the Chief Minister till re-election, while the IG, Chief Secretary and the Election Commission should be ordered to act in accordance with the law.

To which, the CJP said that he would order to ensure implementation of the code of conduct of the Election Commission.

The Chief Justice asked if the Chief Minister intends to rig election, while Justice Ijaz-ul-Ahsan asked both parties to contest election in a fair manner and the one whoever is better will win. To this, Hamza Shahbaz said that he is a political worker and have served sentences.

Justice Ijazul Hassan said that the court will issue a general order and will not get involved in small matters and it is better not to make the case a family dispute, small matters happen in family issues.

At the outset of the hearing, Babar Awan appeared before the court while PTI’s counsel attended the hearing through video link. In his arguments, Babar Awan told the court that all of the PTI lawmakers were not present in Lahore as some were on Hajj pilgrimage while others were are busy attending family events. To this, Justice Ijazul Ahsan remarked that he doesn’t agree with waiting before the voting if any member is absent.