PM expresses condolence with Asif Zardari on demise of his mother 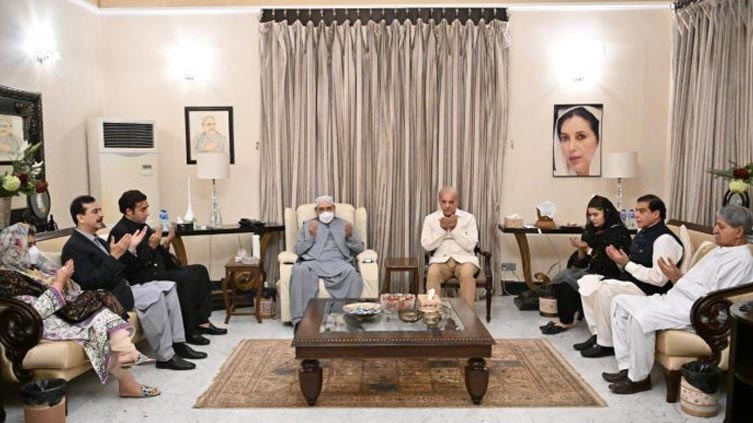 PM expresses condolence with Asif Zardari on demise of his mother

PM Shehbaz offered fateha and prayed for the high ranks of the departed soul.

The prime minister along with his delegation offered fateha and prayed for the high ranks of the departed soul.

Earlier on his visit to Karachi, MQM-P delegation called on PM Shehbaz at PAF Base Faisal to discuss matters of mutual interest including issues of Sindh.

According to details, MQM-P delegation led by Khalid Maqbool Siddiqui pressed for early appointment of Sindh governor. It also asked PM Shehbaz for implementation of the agreement signed between MQM-P and PML-N.
The delegation also discussed delay in amendment of Sindh Local Government Act.

Earlier in the day, PM Shehbaz attended the passing out parade of 117th Midshipman and 25th Short Service Commission course at Pakistan Naval Academy in Karachi.

Prime Minister reviewed the Guard of Honor and distributed prizes among the passing out cadets for their distinctive performance.