One more case of wild polio reported in North Waziristan 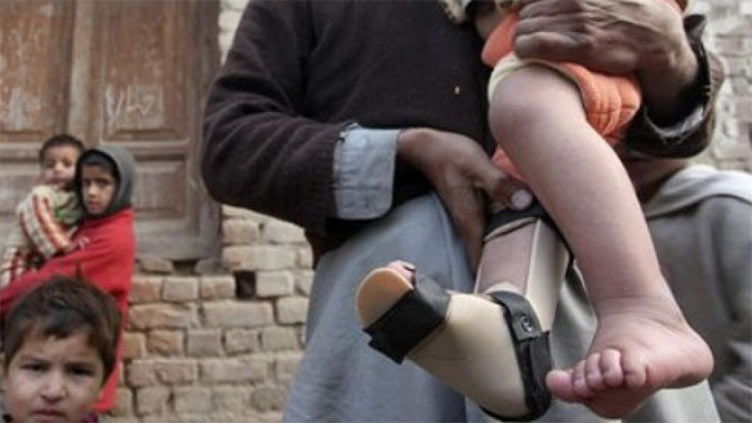 One more case of wild polio reported in North Waziristan

All the 11 children confirmed with wild polio virus as of June this year belong to North Waziristan.

ISLAMABAD (Dunya News) - One more wild polio case has been confirmed from North Waziristan, leaving a child paralyzed, the spokesperson of the Ministry of Health confirmed on Friday.

"So far 11 polio cases have been reported and all children confirmed with wild polio this year belong to North Waziristan, where more cases are expected due to high refusal rates during vaccination drives," he added.

He said that the eight-month child belonged to Mir Ali s union council seven. A total of eight polio cases have been reported from Mir Ali.

"Pakistan has made tremendous success against polio over the past few years, and we are taking all steps to protect the gains made by the programme," said Federal Minister for Health, Abdul Qadir Patel.

The minister added that it was crucial for parents to vaccinate their children every time as every dose of the polio vaccine further builds immunity. Patel said, "All parents must realize the risk that wild polio continues to pose to children all over Pakistan.