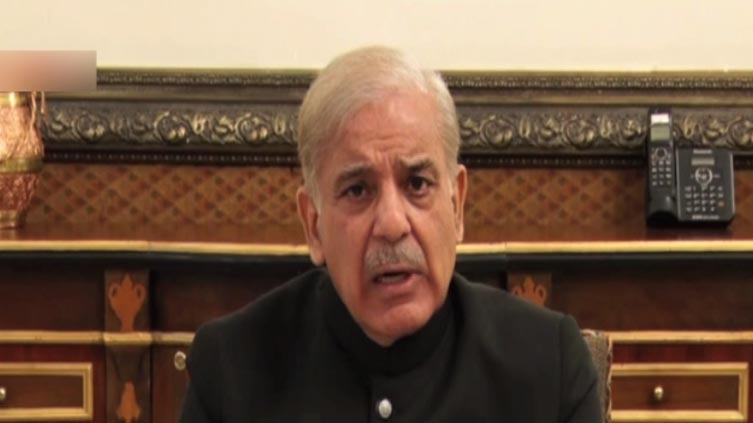 PM Shehbaz said teams will be formed to collect tax after the passage of budget bill.

This was announced by Prime Minister Shehbaz Sharif in a video message after chairing meeting of his economic team in Islamabad on Friday.

The Prime Minister said teams will be formed to collect tax after the passage of budget bill.

The industries on which 10 percent to be levied included automobiles, cigarette, cement, steel, sugar and LNG terminal.

The premier took the nation into confidence over what he described as "tough" budget decisions. He said that the coalition government made "courageous" decisions to protect the country from "serious dangers".

He recalled that the government had two options when it first came to power, to call fresh elections or to take tough decisions and tackle the sinking economy. "It would have been very easy to leave the public in crisis and become silent spectators like others."

And despite the challenges, the prime minister pointed out, the government chose the latter.

He said history had witnessed that in difficult times, it was the poor people who always made sacrifices. "Today, it is time for the affluent citizens to do their part. It is their turn to show selflessness. And I am confident that they will contribute fully to play their part."

Regarding the International Monetary Fund (IMF) programme, he said: “If the IMF doesn’t put forward any other conditions, I am hopeful that we will be able to reach a staff-level agreement with them soon.”

He further added that the coalition government has taken some “daring” decisions after mutual consultations to provide relief to the people; however, the premier admitted the nation will witness difficulties in the short-run.

“We will steer out of the economic crisis because of these decisions and step onto the path envisioned by Quaid-e-Azam,” he said.

Meanwhile, PM Shehbaz further added that the motives of the government included stabilisation of the economy and prosperity of the county. “These aren’t just words, this is the voice of my heart and InshaAllah we will be able to achieve all these targets,” he maintained.