Pakistan has been saved from bankruptcy: Miftah Ismail 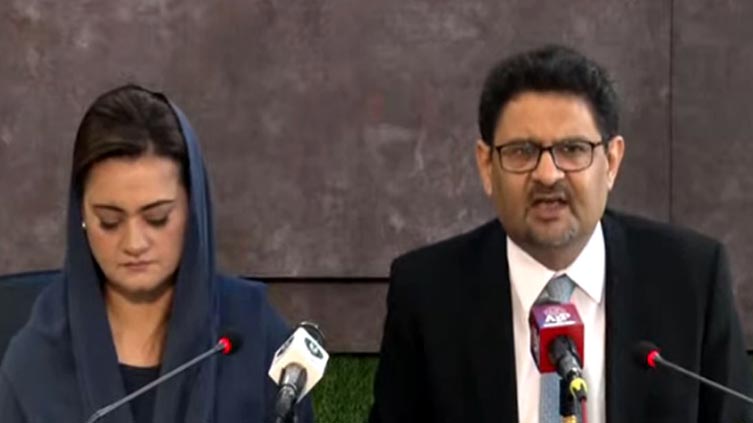 Pakistan has been saved from bankruptcy: Miftah Ismail

ISLAMABAD (Dunya News) - Finance Minister Miftah Ismail on Thursday said that Pakistan has been "saved from bankruptcy" after increasing the prices of oil and diesel.

Addressing a press conference flanked by Information Minister Marriyum Aurangzeb, he termed the budget proposals “historic”. Miftah said that the current government has provided relief to poor people by shifting burden of tax on rich people.

Miftah Ismail said tax would be further increased on rich people having income above 150 million rupees.

Miftah maintained “We saved Pakistan from default by increasing the prices of petroleum products. The government has reached an understanding with the IMF over the budget’s measures.” While he added that the financial situation of the country is stable now.

The minister said that he will deliver the winding-up speech of the general discussion on the federal budget for the fiscal year 2022-23 in the National Assembly and then they will close the budget. “It is a historic budget as we have neither increased indirect taxes nor imposed taxes on commodities or consumption,” he added.

The Finance Minister said that the Stock Exchange is seeing positive trend while value of US dollar is also decreasing against Pakistani Rupee.

Miftah informed that the government was expecting to receive $2.3 billion in loan from China by next Monday. “The rate of US dollar has also come down today and positive signs are coming out of the Pakistan Stock Exchange (PSX),” he said.

Attacking on the previous government, he said that Pakistan Tehreek-e-Insaf (PTI) government could not control the rates of sugar and flour while the Shehbaz Sharif-led government has controlled their rates soon after coming into power.

Miftah Ismail claimed that the current government will control problems in 2 to 3 months.