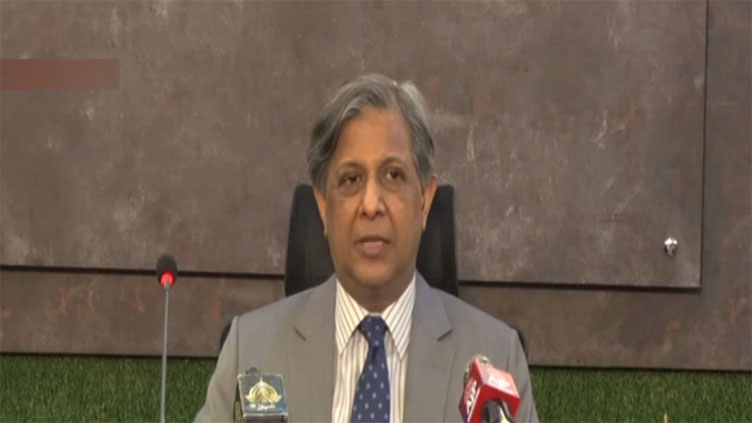 Law Minister said Govt had taken the decision to amend NAB laws in the best interest of people.

ISLAMABAD (Dunya News) - Federal Minister for Law and Justice Azam Nazeer Tarar Tuesday said that the government introduced amendments in the National Accountability Bureau (NAB) Ordinance, 1999 in light of the judgments announced by the Supreme Court and high courts.

Addressing a press conference, the minister said that former Prime Minister Imran Khan had announced to challenge this amendment before the apex court; the government welcomed his initiative as it had taken the decision to amend NAB laws in the best interest of people and country which would restore the human dignity and upheld the supremacy of the Constitution.

When the president returned the bill despite the passage from the Senate with advice and message that some clauses should be revisited, the government thoroughly read and discussed the advice of the president with the legal experts and addressed some of his objections.

Negating the impression of National Reconciliation Ordinance (NRO) by removal of NAB jurisdiction from the developmental projects, cabinet decisions, Executive Committee of National Economic Council (ECNEC) decisions, Economic Coordination Committee (ECC) decisions, taxation matters, the minister clarified that most of these amendments were introduced by the PTI government through an ordinance which was lapsed.

He said that not only civil society and government servants raised objections but the courts also made serious observations on the NAB laws and overall public opinion was also against the NAB law.

The law minister stated that the rights of people would ruin if the accountability watchdog continued to perform its duty with existing laws. He said that the economic scenario of the country would have been changed if these laws were amended 10 years ago. This law was introduced by a dictator and should have been amended by political parties which the passage of time but they failed to do it. If these amendments were introduced on time the political and economic landscape would have been different, he added.

He said that most of these amendments were introduced by the PTI government through an ordinance in November 2021. But the government disagreed with some of the amendments introduced by PTI such as the appointments of retired judges as accountability court judges instead the government wanted to appoint the serving district and session s judges by the high courts. And the post of the Chairman NAB should not be extendable, he added.

Furthermore, the Deputy Chairman should act as Chairman NAB in full capacity during his leave or absence, this amendment would strengthen the institution to perform even during the absence of a Chairman.

He said that the courts in its judgments had repeatedly stated that the initial burden of proof would remain with the prosecution as it was also included in Islamic law and a principal of common law.