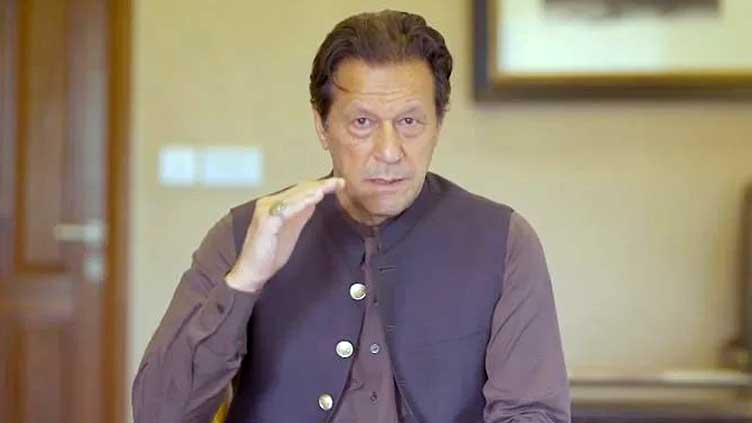 In a video message on Thursday, he called on the masses to hold a countrywide protest on Sunday at 9 pm against the ‘rising inflation’ and petrol price hike.

Imran Khan said that everyone will have to come out against the imported government, otherwise inflation will further increase.

“I will also address the protestors at 10 pm and announce a plan of action for the future,” he said and added we must raise our voice against the rising inflation and this imported government, he added.

The PTI chairman went on to say that the rulers today accused his party of laying landmines but now they say that the prices have increased in the international market.

Regarding inflation, Imran Khan remarked that all political parties staged protests during his tenure against inflation to criticise us [PTI government] for rising inflation and incompetence.

“During our three-and-a-half-year tenure, the petrol price increased by Rs50 only and was being sold at Rs150 per litre. We had given a subsidy of Rs200 billion on oil prices”, he added.

“International Monetary Fund (IMF) had asked us to end subsidies, but we provided relief to the people from rising inflation.”