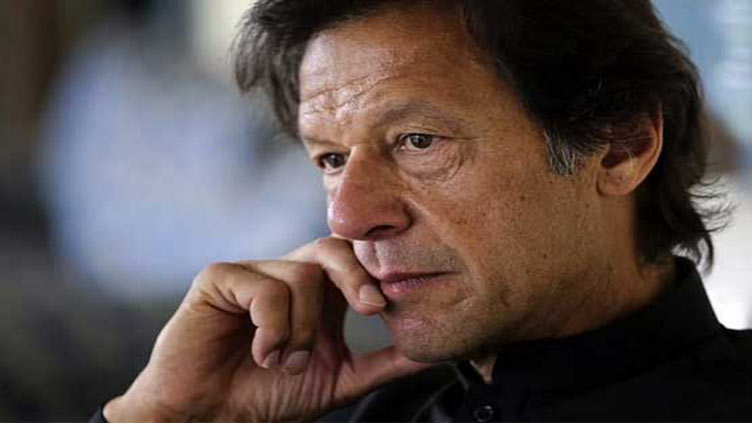 ISLAMABAD (Dunya News) - The National Assembly on Monday recommended the government to approach the Supreme Court for legal action against Pakistan Tehreek-e-Insaf Chairman Imran Khan as his ‘anti-state statement’ could undermine Pakistan’s security and integrity as well as its atomic programme.

The resolution said the House was very well aware of the fact that the armed forces were not only discharging their responsibilities according to the Constitution and laws, but were also the guarantor of defending Pakistan’s geographical boundaries.

The House acknowledged the sacrifices rendered by the brave armed forces for the defence of the country and tackling the issue of terrorism.

It also strongly deplored Imran Khan’s statement of breaking Pakistan into three parts and defaming the armed forces of the country for political objectives.

The National Assembly on Monday passed four bills, including the establishment of National Rahamatul-Lil-Aalameen Authority with certain amendments after clause by clause reading with majority votes.

According to the statement of objects and reasons of the legislation, it is aimed at establishing a National Rahmatul-Lil-Alameen Authority to undertake several interventions to promote Seerat research and lessons from it ‘for positive’ changes in Pakistani society and provide factual narrative about the lift of Prophet Muhammad (Peace Be Upon Him).

The bill will help promote research on Seerat, guide young generation on key humanistic elements of the Holy Prophet’s (PBUH) life, review, consolidate and support international literature and narrative around Seerat. It will build linkages with provincial governments and prominent institutions and prominent institutions working on Seerat, promote Seerat chairs in higher education institutions, and formulate strategies and frameworks for organizing impactful events to promote lessons of Seerat-ul-Tayyabba.

The House also okayed the State-Owned Enterprises (Governance and Operations) Bill-2022 after clause by clause reading, which was moved by Minister of State for Finance and Revenue Dr Aisha Ghous Pasha.

The bill focuses on governance and operations of the state-owned enterprises to ensure quality of service delivery and the fiscal discipline, besides good governance and accountability.

The House also passed the National Highways Safety (Amendment) Bill, 2021 that was moved by Minister for Parliamentary Affairs Murtaza Javed Abbasi on behalf of Minister for Planning and Development Ahsan Iqbal Chaudhry.