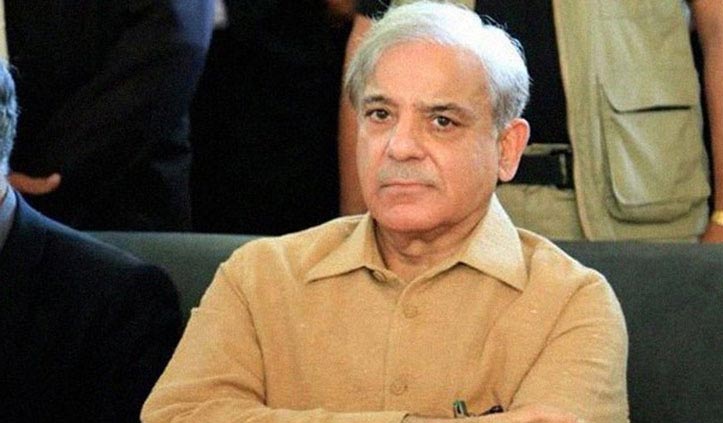 PM Shehbaz said that development of Pakistan is linked with peace and progress in Balochistan.

ISLAMABAD (Dunya News) Prime Minister Shehbaz Sharif on Saturday said that the Pakistan Tehreek-e-Insaf (PTI) government has miserably failed the people of Gwadar during its tenure and did not complete any project for the locals.

In a series of tweets, PM Shehbaz said, "During my visit to Gwadar, I witnessed how PTI government miserably failed the people of Gwadar. Despite wasting billions of rupees and precious time, it could not complete any project for resolution of water and electricity issues for the locals who gave great sacrifices for Gwadar port.

PM went on to say that same holds true for Gwadar seaport and construction of Gwadar airport.

"No degrading was carried out at seaport and thus no large cargo ship can be anchored," he added.

He said that he has ordered the authorities to complete Gwadar University, airport and Install the desalination plant for clean drinking water for the locals.

PM Shehbaz said that he is convinced that development of Pakistan is linked with peace, stability and progress of Balochistan.

While the PM concluded by saying that the coalition government’s aim is to assist Balochistan by working with the provincial government and "local elders to chart the way forward" for the locals.

While addressing the inaugural ceremony, he said that we have increased oil prices again with a heavy heart, the government believed that anymore burden on the poor masses would be unjust and it was a time for the elite class to sacrifice.

“I have called a meeting tomorrow… The billionaire elite should come forward and sacrifice for the poor masses and provide their resources through austerity… This will start from me, ministers, advisors, federal and provincial secretaries and government officers,” the prime minister said.

Sharif said the foundation stone of the airport was laid in 2017-18, adding that the Gwadar Airport is being built with 100% Chinese grant, while clean drinking water couldn’t not be provided to the people.
He said the elite would have to play their part in that noble cause. “This is their duty. I will ensure that they shower their resources for the poor and bear strict measures,” he remarked.