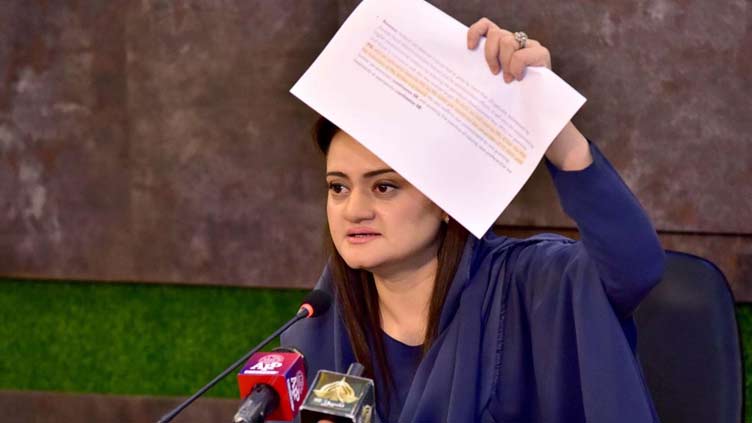 ISLAMABAD (Dunya News) – Minister for Information and Broadcasting Marriyum Aurangzeb said on Friday the government welcomed the ceasefire extended by the outlawed Tehreek-e-Taliban Pakistan (TTP) under the ongoing negotiation, which was opened in October, 2021.

Responding to a query while addressing a press conference on Friday, she said that the negotiation is being held at the government level. The Government of Afghanistan is facilitating the talks, which have the representation of the civilian government as well as of the military.

She said the talks with the TTP, which were being held within the constitutional domain, would be concluded with the government’s approval. “Whatever the decision will be taken by the negotiating committee in this regard, it will be taken in line with the Constitution and approval of the Parliament and the government,” she added.

Marriyum said the talks would proceed with the consensus of both parties.

She said deserving people can call at 786 to check their eligibility status for relief package.

Marriyum Aurangzeb said the decision of price hike of petroleum products was taken beyond of politics, adding that the government will also announce an austerity drive very soon.

She said common people are under burden of price hike due to imprudent decisions of previous government.

Responding to a question, she said government is taking steps to bring Charter of Democracy to draw some red lines for upcoming governments. She said government will hold a conference on Tuesday in this regard and all stake holders will be present there to discuss the matter.