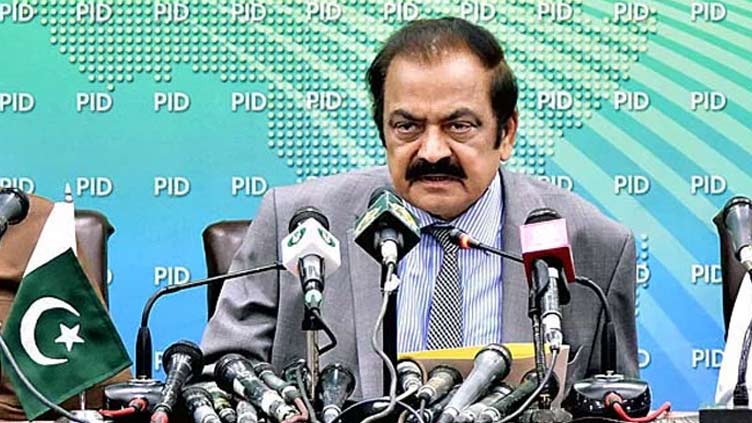 Won’t allow riot march to enter Islamabad under any circumstances

LAHORE (Dunya News) – Minister for Interior Rana Sanaullah
said on Wednesday that the riot march will not be allowed to enter Islamabad under any circumstances as the country cannot be left at the mercy of riot groups and miscreants.

A meeting was held under the chairmanship of the Interior Minister regarding enhancement of operational capacity of Islamabad Police and Frontier Constabulary. Home Secretary Yousuf Naseem Khokhar along with Commandant Frontier Constabulary Salahuddin Mehsud, IG Police Islamabad, Chief Commissioner Islamabad and others participated in the meeting.

Rana Sanaullah said that for maintaining law and order, it has been decided to provide more financial, technical resources and legal support to Islamabad Police and Frontier Constabulary while salaries and allowances of police will be made equal to those of Punjab Police.

He said the government has decided to immediately pay the arrears of Rs 1 billion of the Police Martyrs Package while the Frontier Constabulary will also be provided necessary training to use it as an anti-riot force.

He went on to say that for the foolproof security of the federal capital the government intends to modernize Islamabad Safe City in the style of Lahore, and to ensure law and order as well as street crime the coverage of cameras in Islamabad are being increased to 100 percent.