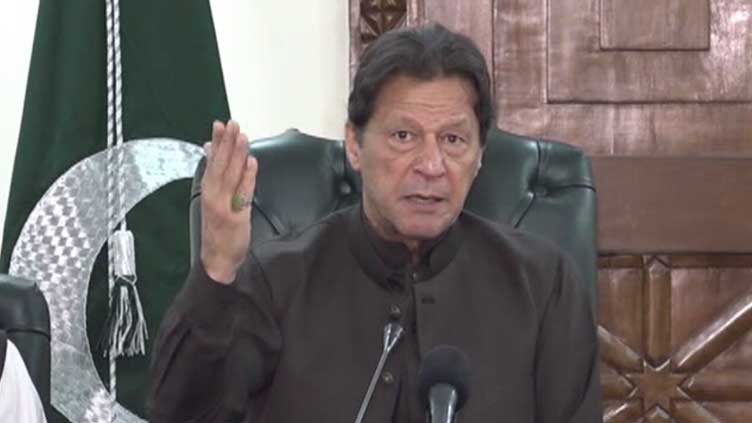 PESHAWAR (Dunya News) – Former prime minister and Pakistan Tehreek-e-Insaf (PTI) chairman Imran Khan on Saturday while again expressing his determination to come out against the corrupt government said that petitions will be filed in the Supreme Court on Monday to know if peaceful protest is the right of the democratic party or not.

Addressing a press conference after PTI core committee meeting on Saturday, he said that the peaceful protest is our right and they staged protest because they do not accept the imported government. He said, “We have a track record 26 years of peaceful protest and never held violent protests, adding that PTI is the only party that doesn’t have a military wing.”

The PTI chairman said that he will never accept the imported government led by the corrupt elite even if it means sacrificing his life.

He said the police brutally tortured his party workers and supporters despite supreme court’s orders during long march, adding that his party will raise the issue of government’s brutal oppression on all forums and will seek legal help over the recent ban on protests by the “imported government”.

“If Shehbaz Sharif and Rana Sanaullah would have been punished for the Model Town massacre, they wouldn’t have repeated the same against PTI workers,” said Imran Khan.

Imran Khan said that under pressure from the International Monetary Fund (IMF), the government has increased fuel prices by Rs 30 but our government was negotiating a 30 percent cheaper oil deal with Russia. “India is also buying cheaper oil from Russia but our imported government didn’t buy cheap oil from Russia for fear of their masters.”

“I am ready for “all sorts of negotiations” that can lead to free and fair elections,” he said and added this time we will come with full preparation after forming a plan to avoid what happened to us during the long march.

Taking a dig at the government, Imran Khan said it does not have a “public mandate” due to which the ruling coalition is afraid of going to elections.

Terming the ruling coalition incompetent and incapable of running the country, the former PM said that whoever allowed these people to come to power, will be “responsible for the looming chaos.”