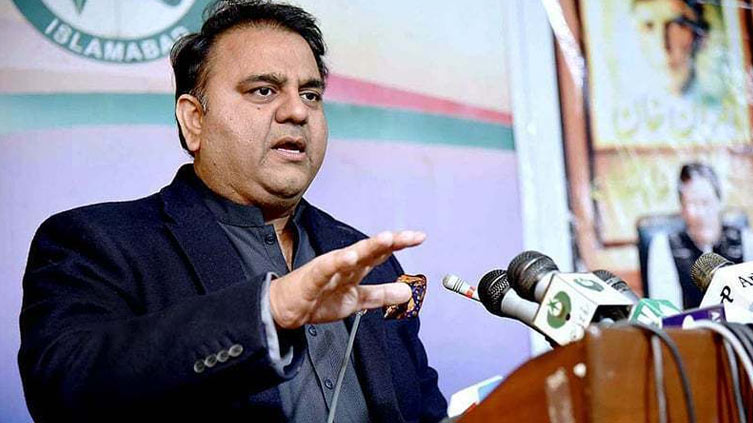 Fawad urged the people to come out for their future generations.

ISLAMABAD (Dunya News) - Pakistan Tehreek-e-Insaf (PTI) leader Fawad Chaudhry has urged the people of Pakistan to "come out for Pakistan" as PTI chairman Imran Khan called on Pakistanis for a long march towards Islamabad.

Taking to Twitter, former Minister Fawad said, "Today people of Pakistan will come out for rightful independence and it will be a day when sovereignty of people will be decided."

Fawad urged the people to come out for their future generations. He also insisted to join their voices with Imran Khan’s call which is for the revolution and for the people.

According to sources, the government has sealed all entry and exit points of provincial capital of Punjab by placing containers on the roads.

Heavy contingent of police have been deployed at Thokar Niaz Baig and Babu Sabu interchanges of Motorway. Authorities have also closed Sagian Bridge with containers.

In Gujranwal, police have sealed all the entry and exit points of the city with containers in an attempt to stop PTI long march. Police have also conducted raids at PTI leaders and workers houses in the city and have arrested over 150 workers.

In Bahawalpur too, police in a bid to stop PTI workers from reached Islamabad have suspended all public transport. Police have also closed bus stands in the city.