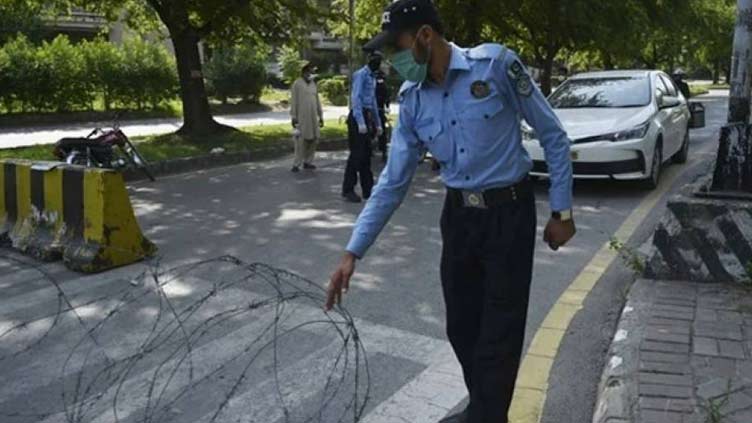 ISLAMABAD (Dunya News) – As the government has prepared a plan to deal with the PTI s long march, 22,000 security personnel will be deployed in the federal capital.

According to sources, the Islamabad administration, in consultation with the police officials, forwarded the suggestions to the Interior Ministry.

To deal with the PTI protesters, 8,000 personnel of Punjab Constabulary and 2,000 personnel of Anti-Riot Force and Sindh Police have been called in, while 500 women personnel will also perform security duties.

4,000 Rangers personnel will also be deployed in the federal capital, 100 vehicles of prisoners and 15,000 tear gas shells have also been demanded from the provinces.

As per details, all routes to Red Zone will be sealed by Monday midnight while Margala Road will only be open. Prime Minister Shehbaz Sharif ordered Interior Minister to share plan to prevent this march in the federal cabinet meeting. Important decisions regarding the march will also be discussed in the meeting.

Federal Minister Rana Sanaullah said that whatever will be discussed in the cabinet meeting, it will be implemented. "If the cabinet will decide to stop them, they will not be allowed to leave their houses," adding, "people will be arrested if they will try to make any chaos."

Attacking former Prime Minister Imran Khan, Sanaullah said that Imran Khan is doing everything to damage the image of the country.

PTI leader Shafqat Mahmood said that large amount of people will come to Islamabad on May 25. He added that Haqeeqi Azadi March will be held against the false government. "Rana Sanaullah is planning to do violence of peaceful protestors," he said.

Former Education Minister further said that government has made lists of people for the arrests. He warned government not to make hurdles in their way.