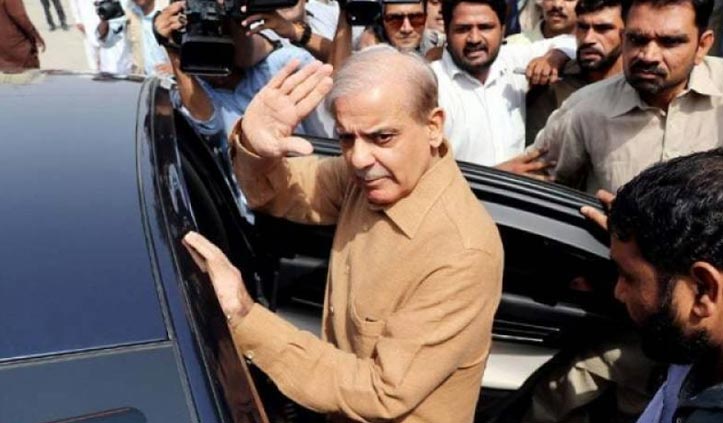 PM Shehbaz has filed an acquittal plea in the FIA money laundering case.

As per details, PM Shehbaz has filed an acquittal plea in the FIA money laundering case and his team of lawyers have prepared the petition.

The court asked Shehbaz Sharif that what kind of security is it that the admission of plaintiffs was blocked during the hearing?

It is pertinent to mention here that the special court in Lahore had summoned the father-son duo for their indictment in the case last Saturday but it was deferred due to the premier s foreign tour.

While answering the questions on rostrum, PM Shehbaz said that he has not done corruption of single penny in public service and if he has done any corruption then he could not have gone to London.

Meanwhile, FIA prosecutor opposed the immediate indictment of PM Shehbaz and others.

On the other hand, the court has reserved the decision on the petition against Salman Shahbaz and others as proclaimed offenders. But the court has not indicted the accused as wanted in the challan.

Meanwhile, the court has extended PM Shehbaz and Hamza Shahbaz’s interim bail till May 28. While arrest warrants for Salman Shahbaz, Tahir Naqvi and Malik Maqsood have been issued.

After today’s developments, the court has adjourned the hearing till May 28.