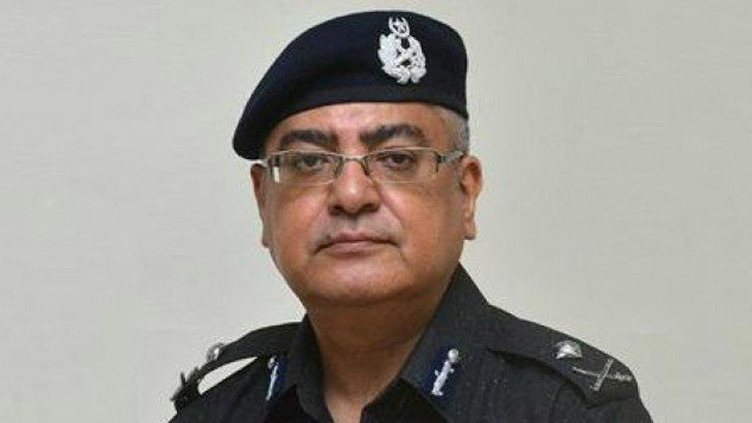 Mushtaq Mehar has been directed to report to Establishment Division.

KARACHI (Dunya News) – Inspector General (IG) Police Sindh Mustaq Mehar has been removed from his position amid surge in terrorist attacks in the provincial capital.

According to notification issued by Chief Secretary, Mushtaq Mehar has been directed to report to Establishment Division. Meanwhile Kamran Afzal has been given additional charge of IG Sindh.

On the other hand, main accused involved in Karachi Saddar bomb blast along with his accomplice has been killed in encounter with intelligence agencies and Counter Terrorism Department (CTD) personnel in Karachi in the wee hours of Wednesday.

According to details, intelligence agencies and CTD conducted a joint operation in Maripur area of Karachi during which terrorists present in the area opened fire. The law enforcement agencies returned the fire due to which two terrorists were killed.

According to CTD spokesperson, the killed terrorists were identified as Allah Dino and Nawab and belonged to a banned organization. The spokesperson also informed that two other terrorists managed to escape from the scene.

It is worth mentioning here that one person was killed and 13 other were injured in the powerful bomb blast in Karachi’s Saddar on Thursday in which 2.5-kilogram explosive material was under as per the Bomb Disposal Squad (BDS) findings.