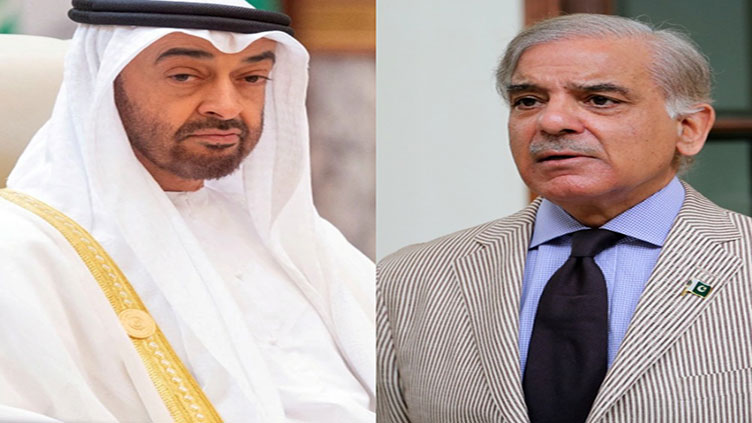 Other members of the royal family were also present at the condolence reference.

Shehbaz Sharif conveyed the deep sympathy and condolences of the leadership, government and people of Pakistan to the leadership of the United Arab Emirates.

Relations between Pakistan and the UAE reached new heights under the leadership of the late Sheikh Khalifa bin Zayed Al Nahyan.

He was a sincere friend of Pakistan. The government and people of Pakistan will long remember his valuable services.

Shehbaz Sharif also conveyed best wishes to Sheikh Mohamed bin Zayed Al-Nahyan upon assuming his responsibilities as the new President of the UAE.

He expressed the confidence that the newly-elected President would take the UAE to new heights of development and progress in the years to come.

Sheikh Mohamed conveyed sincere gratitude to the Prime Minister and people of Pakistan for their solidarity during the hour of grief.

The two leaders affirmed their shared commitment to further deepen the Pakistan-UAE relationship in all dimensions.

Pakistan is committed to further strengthening and expanding existing strong bilateral cooperation with the UAE, in particular the trade, economic and investment dimensions.