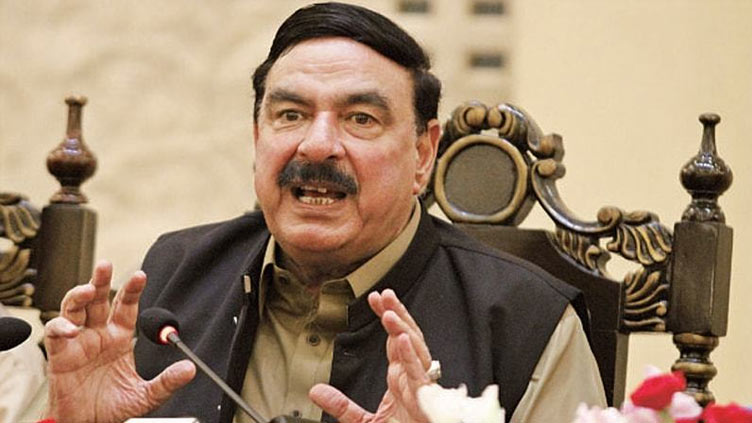 Something has to be done to steer country out of current crisis: Sheikh Rashid

LAHORE (Dunya News) – Former Interior Minister Sheikh Rashid on Thursday said that in his opinion no minister can give threats of martial law in the country.

Talking exclusively with Dunya News, Sheikh Rashid said that something has to be done to steer country out of current crisis.

On the other hand, former information minister Fawad Chaudhry has said that new government is in office for just two more weeks.

This is a disputed government and PTI will not accept it, he added.

Earlier, Bilawal Bhutto Zardari claimed that a night before no-confidence motion, a minister of PTI government threatened him and asked to accept immediate elections or face martial law in the country.

The house must form a parliamentary commission to investigate the events like April 3," Bilawal said.

The minister further said that country’s institutions were made controversial for just one man and due to selected prime minister Pakistan suffered and he did nothing in last four years that could be remembered.