Was threatened a day before no-confidence vote: Bilawal 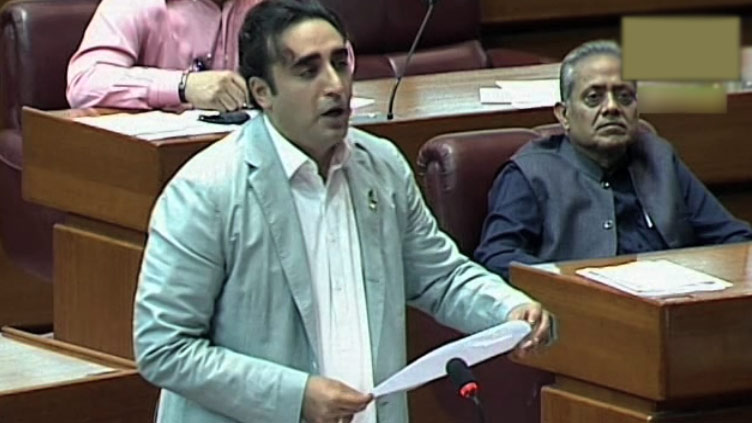 Was threatened a day before no-confidence vote: Bilawal

ISLAMABAD (Dunya News) – Bilawal Bhutto Zardari on Thursday claimed that a night before no-confidence motion, a minister of PTI government threatened him and asked to accept immediate elections or face martial law in the country.

Addressing National Assembly session, Foreign Minister Bilawal Bhutto said that it is policy of his party to hold elections after electoral reforms as PPP is not an undemocratic party which is against polls.

Bilawal said that former political opponents have come together for protecting national interest and representatives of all four provinces joined hands for betterment of the country.

The house must form a parliamentary commission to investigate the events like April 3," Bilawal said.

The minister further said that country’s institutions were made controversial for just one man and due to selected prime minister Pakistan suffered and he did nothing in last four years that could be remembered.

Berating Khan, he said the former prime minister should be asked about his performance during his tenure, he should be questioned about the economy, and how his "ego" damaged Pakistan internationally.

"The former prime minister thinks he is a ‘sacred cow’ as he is currently speaking against the constitution, national security, and economic stability," the foreign minister said.

Wherever we see, there is a crisis and the situation in Pakistan is at a crisis point," Bilawal said.