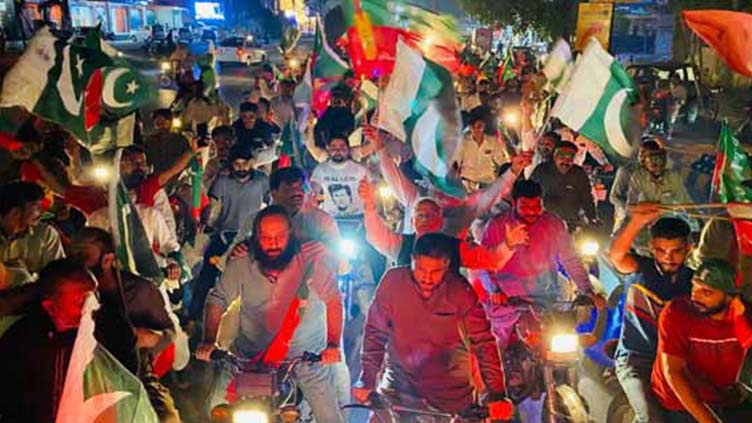 LAHORE (Dunya News) – The charged workers of Pakistan Tehreek-e-Insaf (PTI) took over the roads of cities including Islamabad and Lahore, which were already clad in banners and the flags of PTI on Monday days after former PM Imran Khan gave a call to youth to take to streets on the night before Eid.

Hundreds of PTI workers participated in the protest rallies on Imran Khan’s call after Isha prayers on Monday against the government in different cities including Islamabad, Karachi and Lahore.

The PTI workers also gathered at Teen Talwar in Karachi on the call of Imran Khan and chanted slogans against the government.

In Faisalabad, rallies were held on Imran Khan s call. The rally was organized by former MPA Mian Waris Aziz and former MPA Latif Nazar Gujjar. The participants of the rally chanted slogans in favor of PTI.

PTI’s rallies were also held in the federal capital on the call of former Prime Minister Imran Khan. A large number of workers took to the streets carrying party flags. Demonstrations were also staged by workers at Zero Point and Aabpara.

It may be recalled that Imran Khan has announced a long march in the federal capital Islamabad in the last week of May.