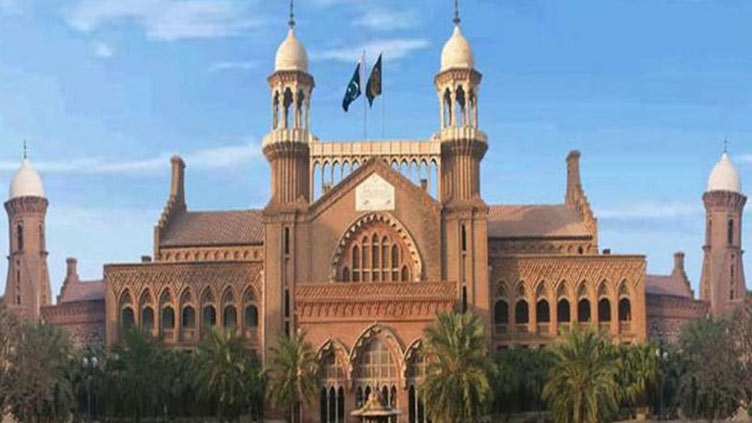 LAHORE (Dunya News) – The Lahore High Court (LHC) on Friday reserved the verdict on Punjab Chief Minister-elect Hamza Shahbaz’s plea seeking the administration of oath to him — as he moved the court for the third time in this regard.

The LHC’s Justice Jawad Hassan will announce the judgement at 6:30 pm today, a statement from the court said.

According to details, the LHC Justice Jawad Hassan dismissed the objections put upon the petition filed by Hamza Shahbaz.

This was the objection levied on the petition of PML-N leader by the registrar office over the fact that Hamza Shahbaz did not attach certified documents with his petition.

The Chief Justice (CJ) of LHC had forwarded the petition to Justice Faisal Zaman Khan for hearing.

Earlier in the day, The Pakistan Muslim League-Nawaz (PML-N) leader and Chief Minister (CM) of Punjab candidate Hamza Shahbaz Sharif had approached the court for the third time.

Hamza Shahbaz approached the Lahore High Court (LHC) with a plea against the Governor of Punjab Omar Sarfaraz Cheema stating the latter refused the courts orders for the third time.

The petition filed by the Pakistan Muslim League-Nawaz leader also requested the court to decide the place and time for the oath taking ceremony for the Chief Minister of Punjab.

Hamza Shahbaz further stated in his petition that the court should order the people delaying the oath and not abiding by the court’s orders as against the constitution.

It merits mention here that in the previous hearing, Lahore High Court directed administration of oath to Chief Minister elect of Punjab Hamza Shahbaz by April 28.

The high court, while announcing the verdict, added that Governor Punjab should ensure the completion of the process of administration of oath of Chief Minister of Punjab, either himself or through his nominee, in terms of the Article 255 of the constitution, on or before April 28, 2022.

Chief Justice Muhammad Ameer Bhatti announced that there is no vacuum or space in the constitution for causing any delay in the administration of oath, whereas the Province of Punjab is being operated without the functional government for the last 25 days.

The verdicts adds that the oath of the CM-elect is being delayed on one pretext or the other, which is not only against democratic norms but also against the scheme of the constitution.

“Moreover, President of Pakistan, who is also under constitutional obligation to facilitate the expeditious administration of oath of Prime Minister or Chief Minister in any province, hence is suggested to play his role mandated by the constitution/law, ensuring a functional Provincial Government in Punjab.”

The court also directed to transmit the order through fax immediately to the offices of the Governor and President for its placement before them.

The oath of Chief Minister-elect, Hamza Shehbaz Sharif remained in the doldrums after Punjab Governor Omar Sarfraz Cheema refused to administer the oath terming Hazma’s election by the Punjab Assembly as unconstitutional.

Cheema, in a press conference on April 17, condemned the violence that took place in the Punjab Assembly and said that such incidents set a very wrong precedent.

The Punjab governor accused the CM elect of using “state power” on the polling day against his rivals. Cheema added that Deputy Speaker Dost Muhammad Mazari also acted in a "partisan way".