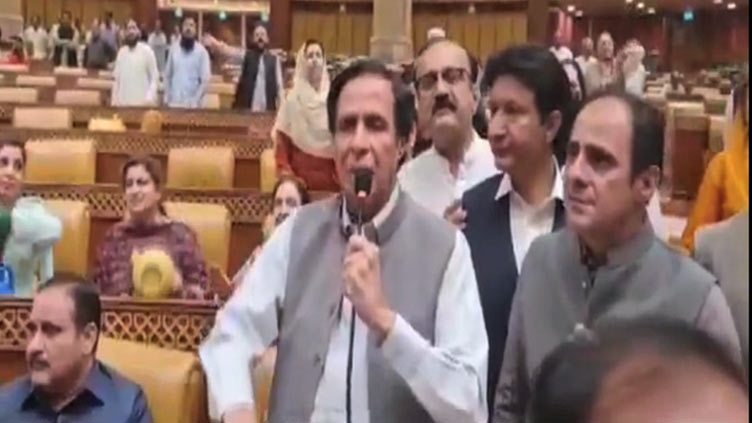 Earlier, after reaching the provincial assembly, in a conversation with journalists, Elahi said despite being the speaker, he was not the custodian of the house today as he is a contender for the chief minister’s slot.

Prime Minister Shehbaz Sharif, in a tweet, said that attack of members of treasury benches on Deputy Speaker inside Punjab Assembly must be condemned in strongest terms possible.

This blatant display of violence and hooliganism is fascism, pure and simple, he added.

The premier further said that Imran Khan desperation and incitement to violence is rupturing our society and he is attacking democracy itself.