Load shedding in country due to gross mismanagement of previous govt: PM 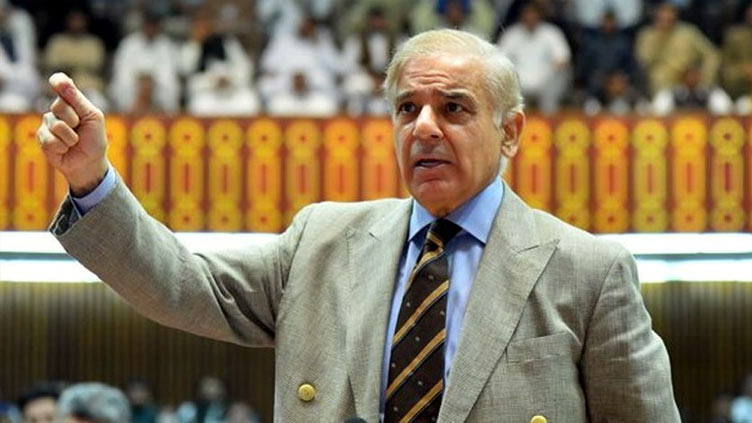 Load shedding in country due to gross mismanagement of previous govt: PM

PM regretted that the power plants are closed due to shortage of gas.

ISLAMABAD (Web Desk) - Prime Minister Shehbaz Sharif has said that the country is facing loadshedding due to the gross mismanagement and incompetence of previous government, expressing the commitment to address the situation at the earliest.

Speaking in the National Assembly on Saturday, the Prime Minister said he has held several meetings with the Ministries of Petroleum, Power and the Finance in the last few days and the situation is that the country has the capacity to generate thirty five thousand megawatt of electricity. This is sufficient to meet our power requirements. He however regretted that the power plants are closed due to shortage of gas. He pointed out that the previous government did not purchase the gas when it was available at the rate of three to four dollars per unit. He said today the gas price has reached thirty to thirty five dollars per unit.

The Prime Minister recalled that the last government of PML (N) had signed a gas import agreement with Qatar at a discounted rate, on which the previous government of PTI used to raise fingers.

Shehbaz Sharif said that he visited the Rawal Chowk flyover project this morning which had to be completed in twenty four months at a cost of one billion rupees. He said we completed several such projects in Punjab in a matter of seventy two to eighty two days.

Sardar Ayaz Sadiq, who was chairing the session before administering oath to the new Speaker, confirmed that Qasim Khan Suri has tendered resignation from the seat of Deputy Speaker. Hence, he said, there is no need to take up the no confidence motion against him which is on the agenda of the day today.

The Chair directed the national assembly secretariat to present before him the resignations tendered by the PTI members as per the previous rulings and precedents so that the matter could be taken forward as per the law.

At the outset, the house offered for the security personnel martyred in recent counter terrorism operations, Bilquis Edhi and the Palestinians martyred by Israeli forces in Al-Aqsa Mosque.