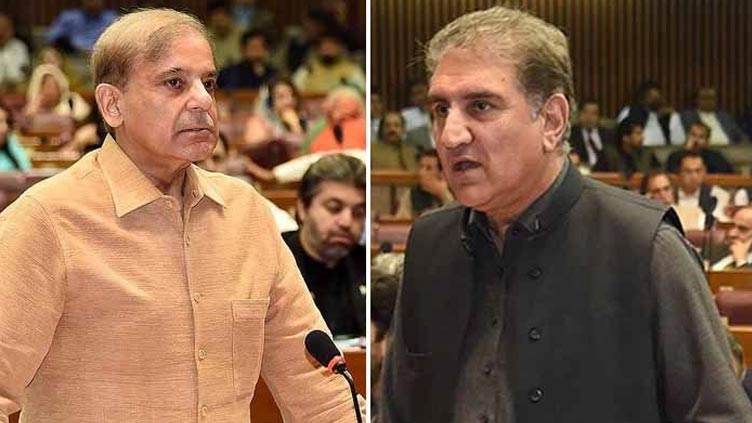 The nomination papers for the prime minister’s slot from PTI was received by Maleeka Bokhari and Amir Dogar.

The decision to nominate Shah Mahmood Qureshi as the candidate for the prime ministerial slot from PTI was taken by a meeting of party’s core committee headed by Imran Khan.

The National Assembly will elect new prime minister of Pakistan on Monday after Imran Khan was ousted through a no-confidence motion.

However, the timings of the National Assembly session scheduled on Monday has been changed and now will be held at 2:00 pm on Monday, contrary to a previous schedule of 11:00 am.

It merits mention here that the opposition parties in the National Assembly defeated the ruling Pakistan Tehreek-e-Insaf (PTI) government in the no-confidence resolution they jointly moved against Prime Minister Imran Khan with 174 votes, setting a new precedent in parliamentary history of the country for in-house change through a democratic and constitutional manner.

It is the first-ever succeeding no-confidence motion in parliamentary history of Pakistan through which a sitting prime minister has been removed as in the past two such moves had failed.

The first resolution was moved in 1989 against the then prime minister Mohtarma Benazir Bhutto and the second in 2006 to oust PM Shaukat Aziz, but they both had survived the vote.