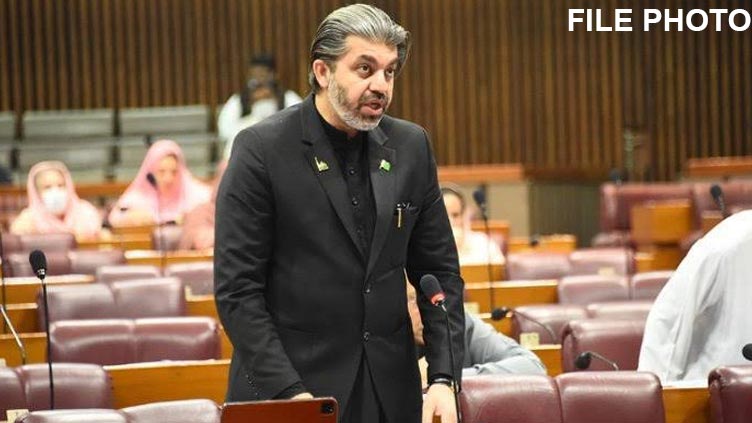 All government members but Ali Muhammad Khan had walked out of the house and boycotted the session.

ISLAMABAD (Web Desk) – Pakistan Tehreek-e-Insaf (PTI) leader Ali Muhammad Khan lauded the struggles of Imran Khan and said that he was proud that the person he was still supporting — Imran Khan — decided to give up power, but refused to be enslaved.

As soon as Asad Qasier resigned, all government members but Ali Muhammad Khan had walked out of the house and boycotted the session.

As the lone voice in the house supporting Imran Khan, Ali delivered a fiery speech and reminding the former opposition of his leader’s achievements.

"Your faces (Opposition members) might be reflecting happiness and may Allah keep it that way [...] my duty as the minister for parliamentary affairs has finally ended," Khan said.

Khan questioned what sort of a "Jewish agent" was Imran Khan that "America left no stone unturned to remove him from power".

The PTI leader said everyone needs to join hands to move and help Pakistan progress, but his party was not ready to follow the ways of the Opposition.

"Bilawal, years ago your grandfather gathered the Muslim ummah in Islamabad. He did it once, but my leader gathered [the ummah] twice in two months.”

Imran Khan’s fault was that he talked about an independent foreign policy and I often say that Russia is just an excuse and Imran Khan is the real target," he claimed.