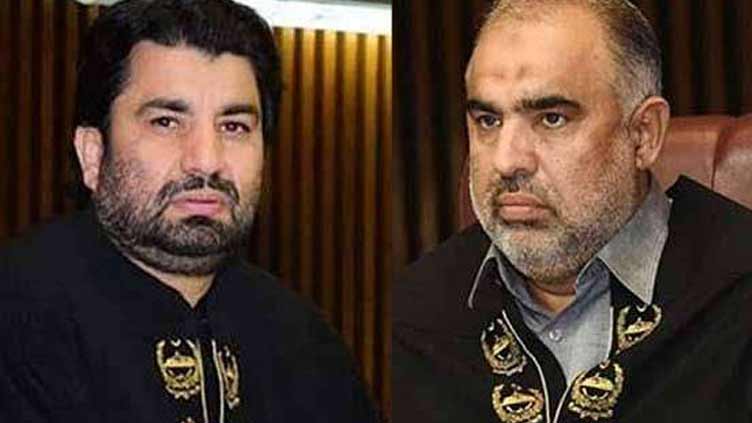 “I have decided to resign as speaker of the National Assembly,” said Asad Qaiser while chairing the lower house of the parliament.

Qaiser said that he had received "important documents" from the cabinet, which he invited the leader of the opposition and the Chief Justice of Pakistan to see.

"In line with our laws and the need to stand for our country, I have decided that I can t remain on the position of speaker and thereby resign," he said. "Because this is a national duty and it is the Supreme Court s decision, I will ask the panel chairman Ayaz Sadiq to run the session," Qaiser said.

NA Speaker Asad Qaiser chaired the session which began at 10:30am sharp, in accordance with the Supreme Court’s directives, and with the recitation of the Holy Quran. It was followed by the national anthem and Fatiha.