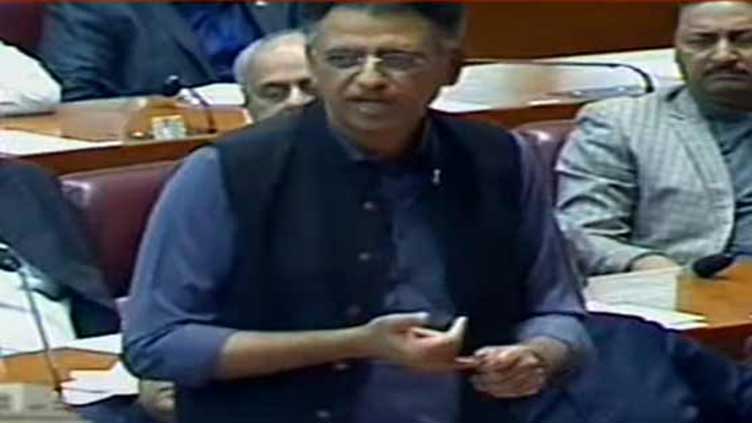 ISLAMABAD (Dunya News) Federal Minister Asad Umar on Saturday while mocking the former president Asif Ali Zardari said that I congratulate Mr. Zardari as he is standing by the side of those who he used to brutally criticize.

Speaking in the National Assembly on a point of order, Minister for Planning, Development, and Special Initiatives Asad Umar said about 5.5 million jobs had been created, due to prudent policies of the Pakistan Tehreek-e-Insaf (PTI) government, during the last three years. He said, Pakistan Muslim League Nawaz during five years government had created about 5.7million jobs.

Sharing the achievements of his government on economic front, he said, that Pakistan achieved highest exports. He said the country had achieved over 5 percent growth rate during last two years, which was the highest in the last 15 years.

Criticizing the opposition parties for becoming part of a conspiracy being hitched by foreign powers against the elected government of PTI, he said people of Pakistan would never support the elements working against the interest of the country. He said the government had decided to share contents of the threatening letter with the members of the Parliament, keeping in view the supremacy of the Parliament.

He regretted that leadership of the opposition had refused to attend the meeting of the Parliamentary Committee on National Security convened by the Speaker National Assembly.

The minister once again invited the opposition parties for an in-camera briefing on the “Threat Letter” to the parliament. He said that Pakistan Tehreek-e-Insaf government, under the leadership of Prime Minister Imran Khan, had chosen to live with dignity and pride and not to compromise on the sovereignty of the country.

He asked opposition to work for strengthening and supremacy of the Parliament.