Disappointed, but will abide by SC's verdict: FM Qureshi 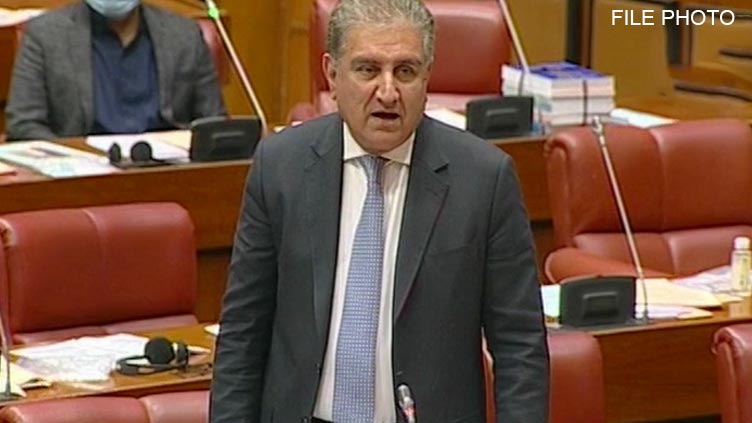 Disappointed, but will abide by SC's verdict: FM Qureshi

ISLAMABAD (Dunya News) – Foreign Minister Shah Mahmood Qureshi on Saturday said that we are disappointed with Supreme Court’s judgment we still abide by it.

Foreign Minister, in his address to crucial NA session, said that the opposition had the right to table a no-trust motion against the prime minister, but said that defending it was his obligation. "We intend to fight it in constitutional, political and democratic manner," he asserted. He said that it was obligatory on us to respect the Constitution.

"Pakistan’s history is full of constitutional violations," he said, adding that the doctrine of necessity should have been buried. "I am happy that Pakistan’s democracy has evolved and that we all are not ready to take its support," he added.

"Today is Saturday and the session has started at 10:30am. The court said the session will not be prorogued unless the process of Article 95 and rule 37 is concluded," he said.

However, it is important to present the context under which the court directed to summon the session again. He said that the clock was turned back and the apex court unanimously dismissed the April 3 ruling.

The minister said that the prime minister went to the people by dissolving the assembly, adding that the opposition had been calling for early polls for close to four years.

He reiterated that the government had accepted the court’s decision but questioned why the opposition parties went to the court and why the SC took suo motu notice. "The ruling the deputy speaker gave when he was chairing the session and he did not reject the constitutional process. He said a new situation had surfaced and that it should be probed in its light."

Qureshi added that the National Security Committee (NSC), one of the country’s top forums, had seen the cable and concluded that it was a sensitive matter.

"The NSC took two decisions. First, they acknowledged there were interference in Pakistan’s internal matters and that a demarche must be issued," he said, adding that the Foreign Office followed these directives.

"The second was to immediately summon the Parliamentary committee on National Security and for the matter to be presented before elected representatives so that they can get to the bottom of things."