US again denies allegations of regime change in Pakistan 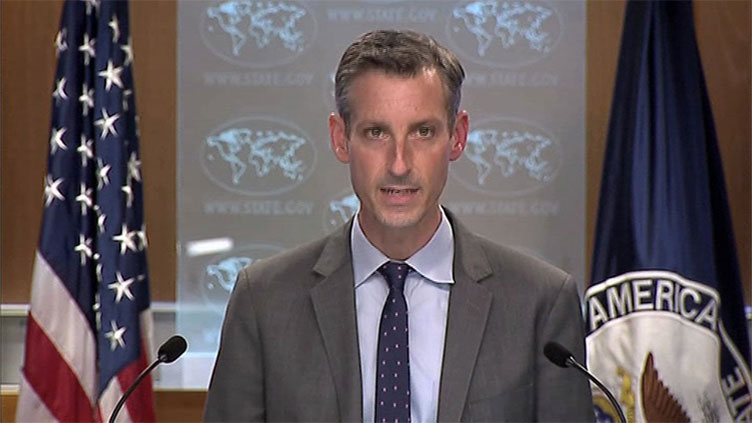 US again denies allegations of regime change in Pakistan

State Department spokesperson said US does not support one political party over another in Pakistan.

WASHINGTON (Dunya News) - The United States has again denied allegations that Washington was behind any move for regime change in Pakistan, Dunya News reported on Monday.

The US State Department spokesperson Ned Price during a press briefing said that there is absolutely no truth to the allegation. He said that US supports the supremacy of the constitution and democratic principles.

The spokesperson said that the US does not support one political party over another in Pakistan. He said that US supports the principles of rule and law and added that these principles.

Earlier on Thursday (March 31) the US State Department had said: “Allegations of US involvement in the no-trust motion and ‘threat letter’ to PM Imran Khan are baseless.”

The US government is monitoring the political situation in Pakistan and supports the rule of law in the country, the State Department said.

Regarding the question of a no-trust motion against Prime Minister Imran Khan, the US State Department said that they respect the constitutional process in Pakistan.

The prime minister made the proposal minutes after parliament s deputy speaker rejected a motion of no confidence against him as unconstitutional. The decision to cancel the no-confidence vote angered opposition parties, who said they would appeal the decision in court.

According to Pakistani Information Minister Fawad Hussain, a snap parliamentary election will be held within 90 days. Khan will remain in office until the appointment of interim prime minister.