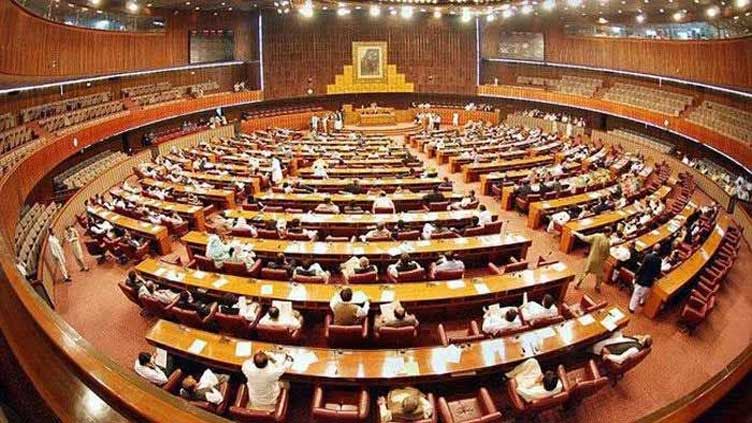 WEBDESK (Dunya News) – As the National Assembly session began today (Sunday), the lower house was supposed to cast vote on the no-confidence motion against Prime Minister (PM) of Pakistan Imran Khan, whereas the Law Minister Fawad Chaudhry accused the opposition of disloyalty to the state, referring to the Article 5 of constitution of Islamic Republic of Pakistan.

Deputy Speaker Qasim Suri then immediately abandoned the voting process on the no-trust motion and adjourned the national assembly session for an unspecified period of time. It is pertinent to mention here that later the premier also announced that he advised the president to dissolve the assembly and hold fresh elections.

Meanwhile, Chaudhry has termed government’s this move as the ‘surprise’ which it had promulgated to deliver. He mentioned that the opposition can challenge it in court.

All you need to know about Article 5

According to Article 5 of the constitution of Pakistan:

Under Article 5 reference, was dissolution of assembly legal?

Legal expert Saroop Ijaz told national media that prima facie the government’s move on no-trust motion seems to violate not only the constitution but also the democratic par of the course.

“When a [not trust] motion has been tabled and when the attorney general has told the court that voting will go through, then this [move] seems to be a disregard of constitutional provisions,” he said.

Saroop Ijaz further said that at the moment the only arbitrator is the Supreme Court (SC) of Pakistan.

“The courts can intervene if an action within the house is with mala fide intent and without jurisdiction,” he added, “If the court decides that this is indeed mala fide, then in that case the prime minister’s advise to dissolve the national assembly will be declare null and void because the entire premise is that he is a prime minister against whom there is a vote of no confidence.”

The lawyer further said if the court decides against the speaker’s move then the resolution of no confidence will be organized all over again for vote.

“In my opinion, the courts can intervene and have said it multiple times themselves as well,” he told national TV channel. “While courts are reluctant to intervene in internal proceedings of the house, this does not give the speaker blanket immunity to disregard the constitution.”

Another Legal expert Reema Omer took it to twitter and mentioned that there are no “ifs and buts” and the “speaker’s ruling is blatantly unconstitutional”.