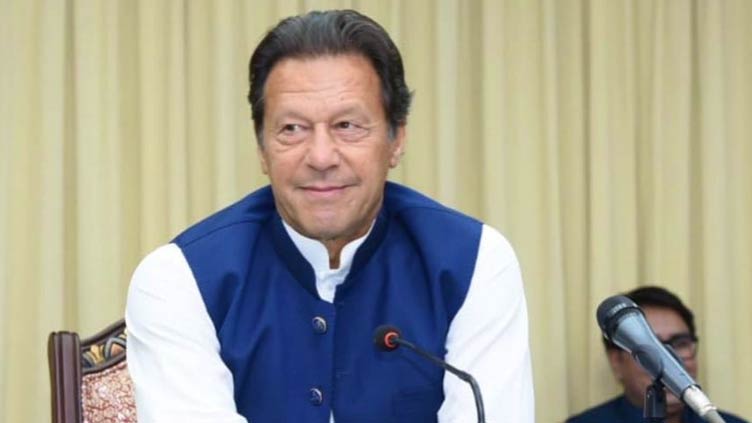 ISLAMABAD (Dunya News) – Prime Minister Imran Khan Sunday reiterated that a foreign interference had been made into the internal politics of Pakistan as a plan for a no-confidence motion was orchestrated outside.

Addressing Pakistan Tehreek-e-Insaf leaders, he said that in the National Security Committee’s meeting, the country’s highest security body, it was also noted that a foreign interference was made into the internal politics of the country through a no-confidence motion.

He said minutes of the communique regarding a meeting between the ambassador of Pakistan in the US and the US officials were shared in the NSC’s meeting.

The prime minister said a plan was perpetrated outside Pakistan to interfere into internal politics of the country, adding when the highest national security body confirmed it, it became irrelevant as to how many numbers the opposition had in the assembly.

The embassy officials of the said country were also in contact with the PTI members who had defected, he said.

The prime minister referring to his announcement early in the day, said that the opposition was in a state of shock and they did not know what had happened to them.

Prime Minister Imran Khan while speaking on the rejection of the no-confidence motion said that if he had told everyone last night, the opposition would not have been shocked today and the opposition still was still clueless of what has happened.