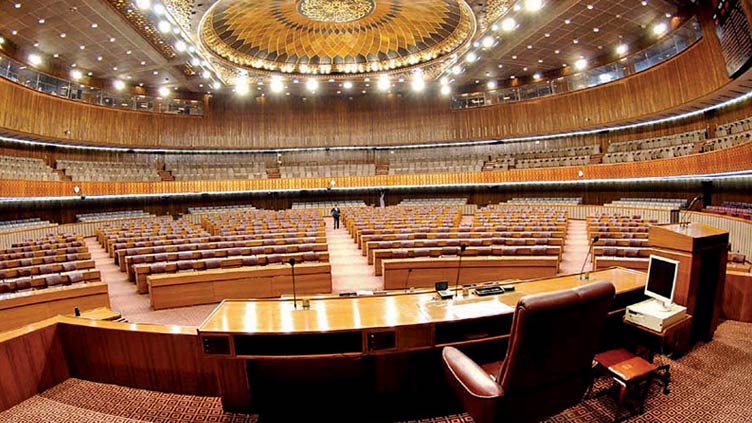 The President dissolved the Lower House of the Parliament on the advice of Prime Minister Imran Khan.

Earlier, Prime Minister Imran Khan had proposed President Dr Arif Ali to dissolve assembly after Deputy Speaker of the National Assembly Qasim Suri rejected the no-confidence motion submitted by the opposition, terming it against Article 5 of the Constitution.

"The people should decide what they want, not foreigners. Buying people s support with money has resulted in this (situation). Put that money into something better, for orphanages etc. I implore the nation to prepare for elections. You will decide the future of this nation, not foreigners or corrupt people," Khan said.

"I have advised the President to dissolve the Assemblies. This a democratic society. Let us democrats go to the people. Let the elections be held, let the people decide who they want. A conspiracy from outside, and these corrupt people should not be allowed to determine this country s destiny by buying off people with bags of money," he said.

Targeting his rivals, he said they have spent crores to buy support, but all this expenditure will be wasted. "They should open orphanages and distribute money among people," he said.

"To my people, I say, prepare for the elections. You have to decide, not anyone from outside, not these corrupt people, you have to decide this country s destiny," he added.

US colluded with opposition for regime change in Pakistan

On Saturday, Imran Khan while speaking about the foreign conspiracy said that the United States colluded with the opposition to hatch conspiracy to topple his government, adding that the whole nation knows about the conspiracy.

He said the biggest group was using money to buy loyalities of the lawmakers, adding that the opposition parties have been ruling for over 30 years and the nation will not tolerate them.

PM Imran Khan had also asked the youth to hold nationwide peaceful demonstrations against the alleged foreign conspiracy being hatched to oust his government. The prime minister urged the country’s youth to raise voice and stage protests against the conspiracy for the future of the country.