I think opposition will get Imran Khan arrested: Sheikh Rashid 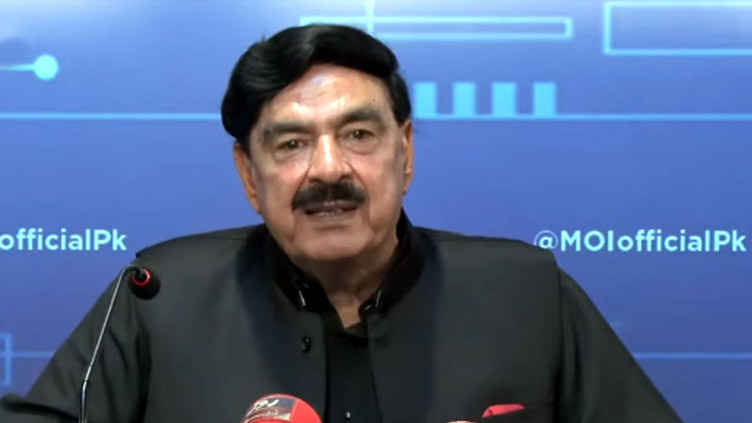 I think opposition will get Imran Khan arrested: Sheikh Rashid

ISLAMABAD (Dunya News) – Federal Minister for Interior Sheikh Rashid Ahmad said on Sunday that he thinks that the opposition will arrest the Prime Minister (PM) Imran Khan when they come in power.

While talking exclusively to Dunya News, Sheikh Rashid said there is a possibility that the 155 lawmakers of the Pakistan Tehreek-e-Insaf (PTI) government can also resign today.

The Interior Minister said that democracy of Pakistan is in grave danger right now as voting on no-trust motion will be held today. The only way to safeguard the democracy and get the country out of this situation is only early elections.

The federal Minister predicted that Prime Minister (PM) Imran Khan will hold huge public rallies which will be a hard pill to swallow for the joint opposition.

The minister also demanded that elections should be held before their scheduled date.

The Interior Minister said that today is the day when the game begins, while further stating that he in unaware of the surprise the Prime Minister Imran Khan will give to the opposition.

I will not resign as you can see the Ministry Flag on my car now as well, if the government gets dissolved, the ministry will be taken away from me too, said the federal minister while pointing at the ministry flag on his car.