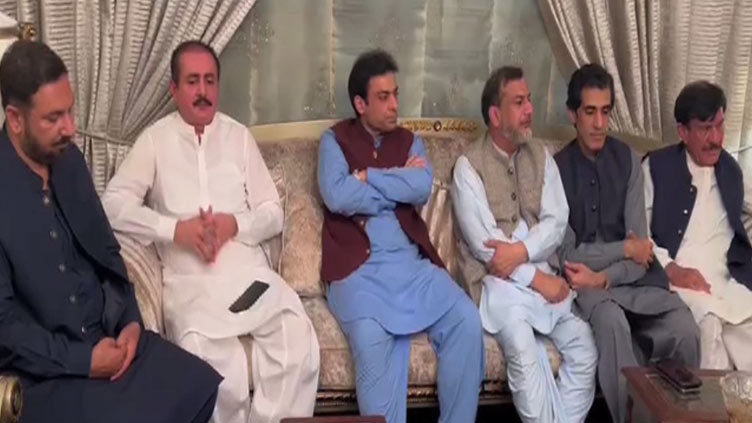 According to details, Opposition leader of Punjab Assembly has formally sought support of the group for upcoming election of the leader of the House.

On the other hand, Federal Minister and Pakistan Muslim League-Quaid (PML-Q) leader Moonis Elahi accompanied by former Punjab provincial ministers on Friday held a meeting with members of Tareen group and formally sought support for Chaudhry Pervaiz Elahi for the post of Punjab Chief Minister.

Pakistan Tehreek-e-Insaf (PTI) is supporting PML-Q’s Chaudhry Pervaiz Elahi for the slot of CM, while joint opposition has nominated Hamza Shahbaz of PML-N for the position.