PM refuses to resign ahead of vote on no-confidence motion 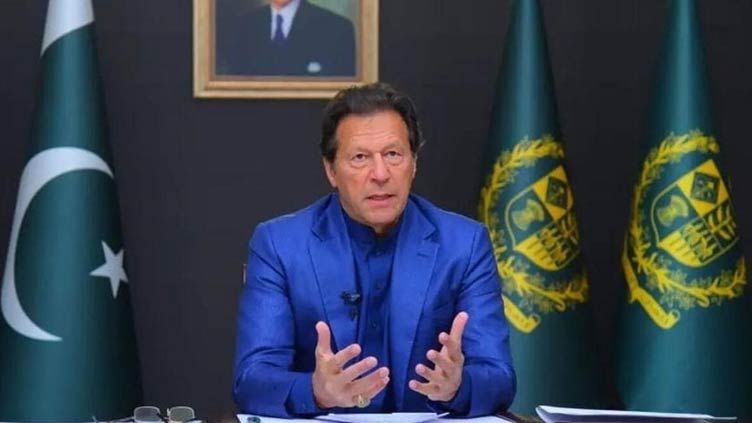 PM refuses to resign ahead of vote on no-confidence motion

ISLAMABAD (Dunya News) – Ahead of the vote on no-confidence motion submitted by the joint opposition, Prime Minister Imran Khan said that Pakistan has reached a "defining moment" in its history.

Starting his address to the nation by thanking almighty Allah, he said, “I m fortunate that God gave me everything-fame, wealth, everything. I don’t need anything today, he gave me everything for which I am very thankful.” He said Pakistan is only 5 years older than me, I m from the first generation of country to be born after independence.

The Prime Minister said, "We are crawling on the ground like ants. I have always said that I will neither bow down to anyone nor will allow anyone [nation] to bow down and this has been my position for 25 years.”

He said: “When I came to power, I decided that Pakistan’s foreign policy would be free and for Pakistanis and its purpose was not to support anyone.” Imran Khan went on to say that politicians in US are his friends while he spent his early life in UK.

He said former president Pervez Musharraf had given a briefing to all the politicians including me and we were told if we don t back US, they will turn on us like a wounded bear. During 9/11, we said that if there s a terror incident in the US, we should help them but that wasn’t our war to fight.

PM Imran further said that in the 1980s, the entire jihad was fought in the tribal areas and we were told that there was a foreign occupation in Afghanistan for which we wanted to save them, adding that after losing the war, the US imposed sanctions on us.

"People said that we are US’s collaborators, so many Pakistanis sacrificed their lives, did anyone thank us for that," he asked adding that so many people died in drone attacks, 80 people died after attack in a madrasa.

“A lot of people said that this document is fake,” Imran Khan said and added he showed it to the cabinet, Parliament, senior journalists. “There are more dangerous things in it, the things I haven t told you about,” he added.

He said that three stooges are sitting here working with foreign powers. They want Imran Khan to be toppled and want this certain person to take this place and everything will be fine then. Quoting renowned Indian writer Barkha Dutt’s book, he said Nawaz Sharif met PM Modi in Nepal in a hush-hush meeting.

Responding to PML-N president Shehbaz Sharif’s statement wherein he says the opposition leader said that I shouldn’t have said "absolutely not", Imran Khan said where were you when there were attacks on the country.

Talking about no-confidence motion, Imran Khan said that this Sunday, there will be a decision if the country will go for a corrupt regime.

The Prime Minister said he will not resign and fight till the last ball so that people, who do not want independent policy in Pakistan can be exposed before the entire nation.

“These people are selling themselves, selling the country, its sovereignty. But people are not going to forgive or forget this. They would always remember that you sold your country,” he added.

He said it will be decided on Sunday whether the nation will pursue an independent foreign policy or tow the policy of slavery.