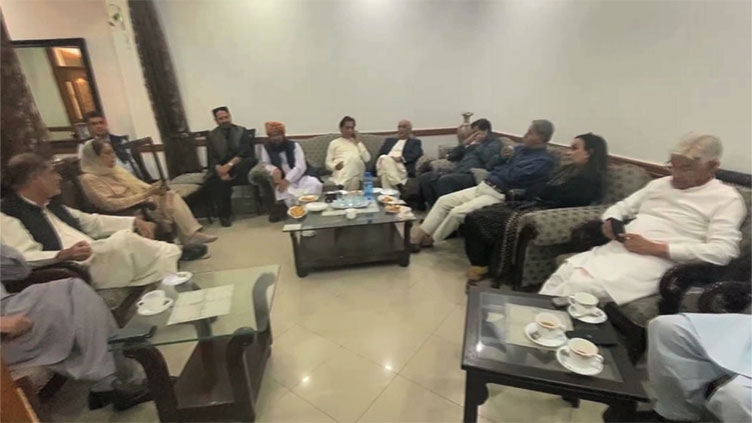 Bilawal Bhutto said that united opposition and MQM have reached an agreement.

According to sources, a delegation of joint opposition parties called on Muttahida Qaumi Movement-Pakistan (MQM-P) leadership at the Parliament Lodges during which all matters between the two sides were settled.

The joint opposition sources said that all matters with MQM-P have been settled and a legal draft in this regard will be prepared soon. They also said that the big news will come soon.

After the new development, the leadership of Pakistan Democratic Movement (PDM) including Maulana Fazlur Rehman, Shahbaz Sharif, Asif Zardari and Bilawal Bhutto also reached the Parliament Lodges where they were to address a press conference along with MQM-P leaders but the media talk was later postponed.

On the other hand, Pakistan People’s Party (PPP) chairman, Bilawal Bhutto Zardari in his Twitter massage has congratulated the nation and said that united opposition and MQM have reached an agreement.

Bilawal said: The united opposition and MQM have reached an agreement. Rabta committee MQM & PPP CEC will ratify said agreement. We will then share details with the media in a press conference tomorrow IA. Congratulations Pakistan.