Clouds around no-trust motion to clear by March 31: Sheikh Rashid 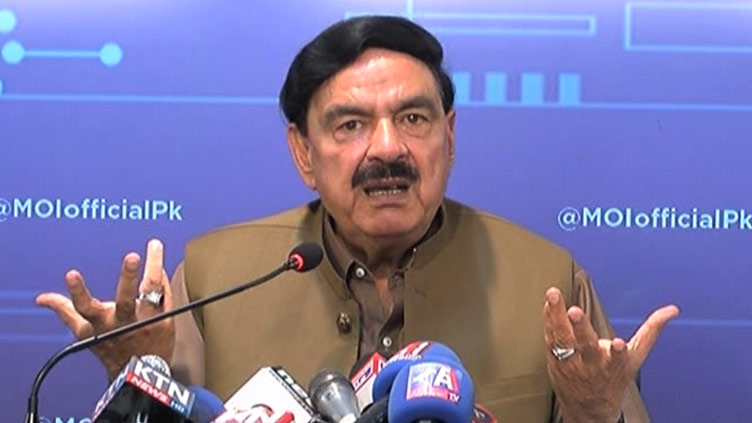 Clouds around no-trust motion to clear by March 31: Sheikh Rashid

I was in favor of imposing emergency in country and Governor Rule in Sindh: Rashid

ISLAMABAD (Dunya News) – Federal Minister for Interior Sheikh Rashid Ahmed on Monday claimed that the clouds around no-confidence motion against Prime Minister Imran Khan will be settled by March 31 as important decisions will be taken within next 72 hours.

Talking to media persons in federal capital, Sheikh Rashid if the no-confidence motion is tabled today than voting will be held on next Monday.

Criticizing PPP co chairman, Asif Ali Zardari, Interior Minister said that former president is an expert in horse trading and now instead of Bhutto family, Zardari clan is in politics.

He further said the people should boycott those elected representatives who are selling their conscience. He said their act is harming the politics and democracy of the country.

Sheikh Rashid said security will be provided to the PML-N public gathering. He however said that the PML-N has failed to attract the crowd in its rally passing from different cities.

The minister said Prime Minister Imran Khan has proved his popularity amongst the masses through the mammoth gathering yesterday.

The Interior Minister said it is the opposition which has to produce 172 members on the day of voting on the no confidence motion against the Prime Minister.

Rashid also said the he is unaware of the written letter received by Prime Minister Imran Khan.

The minister revealed that he was in favor of imposing emergency in country and Governor Rule in Sindh but his suggestions were turned down.