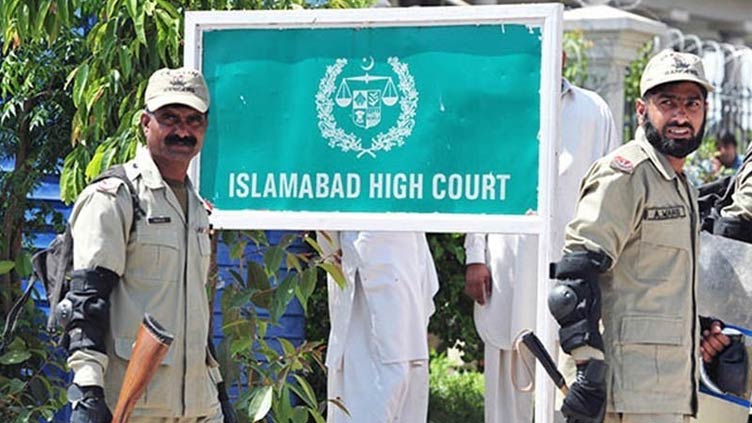 The district administration has issued show cause notices to the JUI-F for violating the NOC.

ISLAMABAD (Dunya News) – Islamabad High Court (IHC) Chief Justice Justice Athar Minallah on Saturday directed to take strict action against the violators of the permit on a contempt of court petition filed by the Islamabad administration against a possible sit-in of JUI on the Srinagar Highway.

Islamabad District Administration and District Magistrate through Advocate General Niazullah Niazi took a stand in the contempt of court petition filed against Maulana Abdul Majeed Hazarawi and Mufti Abdullah of JUI that the District Magistrate had issued show cause notice on the violation.

On March 17, a bench of Chief Justice Athar Minallah made several observations on the plea seeking to stop rallies. The court had ruled that the administration has the power to decide on all matters.

In the light of court directions, the district magistrate allotted space for public rally and issued NOCs under SOPs.

According to a report by the Special Branch, the Srinagar Highway is being blocked and a stage is being set up for the JUI-F rally and citizens  right to free movement, education and business will be affected. The JUI-F has also threatened the district administration with dire consequences. The district administration has also issued show cause notices to the JUI-F for violating the NOC.

The plea prayed the court to take contempt of court proceedings against the JUI-F chief for violating court orders.