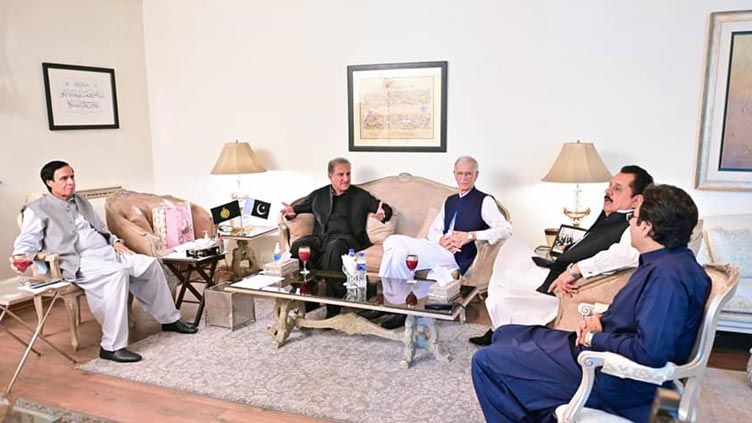 The delegation consisting of Foreign Minister Shah Mahmood Qureshi and Defense Minister Pervaiz Khattak has met leadership of PML-Q in a bid to address reservations of the government ally.

During the meeting, PMLQ leadership spoke their heart out and told the PTI delegation that despite being an ally they were ignored on all important issues and were treated like opposition. We were not consulted on any issue in 3.5 years of the government, they added.

PTI’s Qureshi said that PM Imran Khan and leadership of PTI has massive respect for Chaudhry brothers and relation with allies should be strengthened more.

Earlier, PML-Q’s Chaudhry Pervaiz Elahi, in an informal conversation with the journalists, said that politics of rallies does not affect no-confidence motion in anyway and warned that future of elements who use religion for politics is bleak.

He, however, said that future of PML-Q is bright and added that political uncertainty in the country will continue for now.